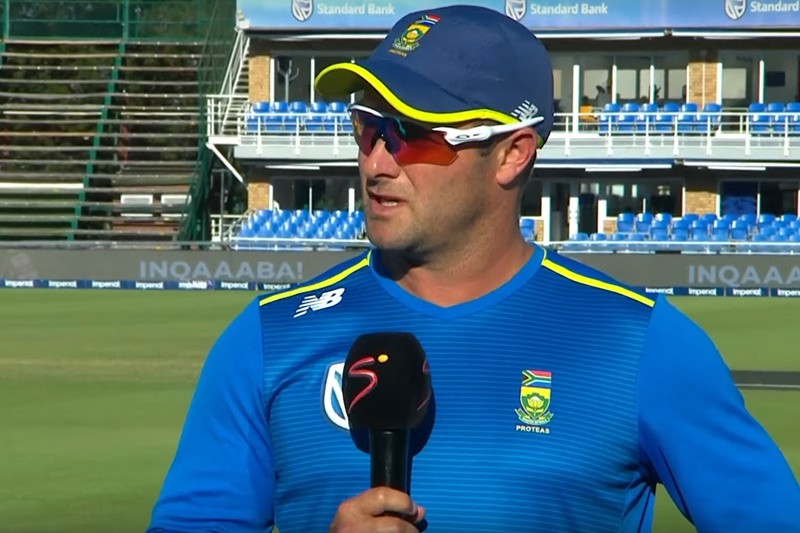 South Africa coach Mark Boucher has been charged with gross misconduct by his employers. The hearing isn’t until May 16. This is a slightly odd way to embark on a Test tour.

The charge is a pretty hefty one. Racism, basically. Former team-mate Paul Adams (of frog-in-a-blender bowling action fame) says he was nicknamed ‘Brown Shit’ by Boucher and others throughout his career. Boucher has admitted as much and apologised.

Boucher is also accused of acting in a ‘racist or subliminally racist way’ when South Africa were trying to work out what the hell they were going to do about ‘taking the knee’ for Black Lives Matter last year. Boucher suggested that team manager Khomotso Masubelele speak to the black players about the issue while he spoke to the white players.

That’s either laughably inappropriate or a pragmatic way to try and resolve the problem. In the absence of first-hand experience, the way the account is worded and your existing opinions will probably shape your perspective. Just as a quick addendum though, Telford Vice points out that Boucher effectively gave himself the short straw of talking to the players who refused to kneel by approaching things this way.

However you slice and dice all of the above, one thing’s for certain: some of South Africa’s board definitely hate Mark Boucher. Even for an international cricket coach – which is not exactly a job for life – his position is wobbly.

So as we said: a slightly odd way to embark on a tour.

Before they set off for New Zealand, Test captain Dean Elgar said he hoped the situation would ‘galvanise’ the team rather than drag it down. We very much like the concept of a galvanising schemozzle but given New Zealand appear to be toggling the first Test pitch between minefield and road at every innings break, there’s not much evidence for it so far.