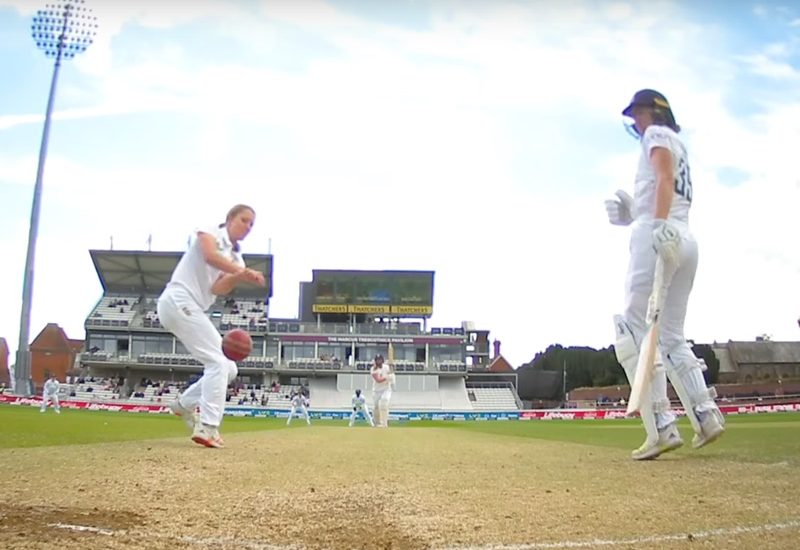 England’s men’s team are halfway through playing two Tests in two weeks against different opponents. England’s women’s team have a full year to wait until their next Test against anyone.

The comparisons are easy, jarring and awful. The New Zealand/India fortnight is only the middle back-to-back for the men after one wholly against New Zealand last month and another against South Africa in August.

England’s women hadn’t played a Test since January and have none lined up this winter. South Africa – their opponents this week – hadn’t played one since 2014. The one before that was in 2007, against the Netherlands.

Imagine how you’d feel in that situation. One Test a year or one Test every eight years and finally another one’s arrived! Careers are short. Tests are remembered. This is a big, big deal. Can’t wait to get out there and…

The scarcity of women’s Tests can make them feel more significant, but this only works if they’re allowed enough time to complete them. A four-day Test is theoretically only 50 overs shorter than a five-day Test, but in practice a rainy day can easily whack out a quarter of the allotted playing time.

“I’m pretty clear on my opinion – when we play so few Tests and so sparsely it should be five days to try and get a result,” said Heather Knight.

That makes sense, but only as a bare minimum. There should clearly be more matches too.

If nothing else, that would carve out a bit of time by shortening the pre-match cap presentations. England had four debutants this week. South Africa had nine. They could probably add five or six overs to the game if that didn’t happen literally every single Test match.

“It is a format we love playing,” said Knight.

You wonder how they can be so certain.

Join the King Cricket email gang. It’s an easy gang to be in. We won’t ask you to whack any made guys or anything. If you read one email in three, that’ll be a perfectly acceptable contribution to gang life.