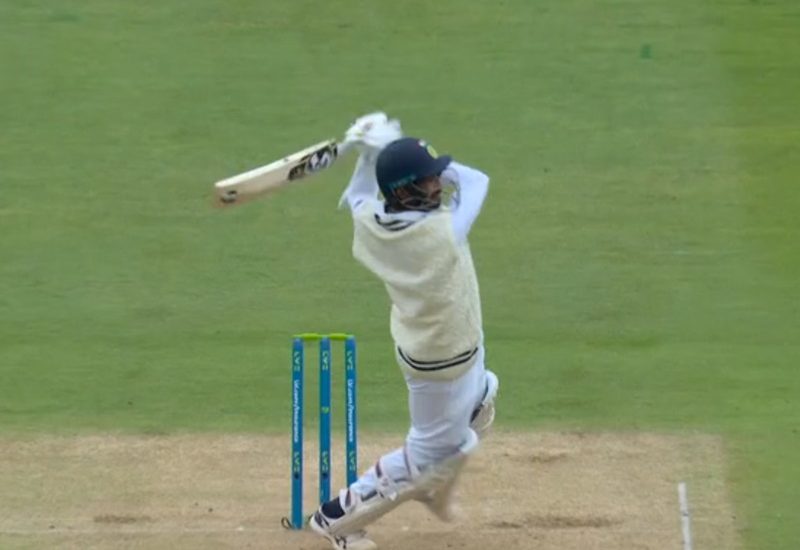 Some people said Stuart Broad’s 35-run over to Jasprit Bumrah reminded them of when Yuvraj Singh hit him for 36 in the T20 World Cup that time. But it was not like that. It was not like that at all. This was much, much better and funnier.

There’s actually a far more appropriate Broad over to compare this to, but we’ll come to that in a bit. For now, let’s rank all eight deliveries in escalating order of ridiculousness/greatness.

Taken in isolation, this delivery – length, inside edged to the boundary – could almost be mistaken for normal cricket. Not good enough, Ball 5. Try harder, Ball 5.

Let’s be honest, it’s rare that a waist-high full toss slammed for four isn’t among the six silliest deliveries in an over. This is already a strong indication we’re grappling with something special here.

Five wides over the keeper’s head. Have five free runs. Have five runs completely for free and then I’ll just go back and bowl the ball again.

This is the one we agonised over the most because the five-run nonsense that we just ranked below it is such a perfect thing. But really this has to get extra points for setting proceedings in motion. This is the peg from which all else hangs. And it is an excellent peg. Broad bowled a short ball because historically doing that to Bumrah has always worked out brilliantly for England. They only lost a whole Test match earlier in this same series because of it. Bumrah flapped. Poor hapless Zak Crawley did not catch it.

It’s incredible to think this initial passage of play encouraged Broad and Stokes to think the short ball was the right option given that one mishit had already taken Bumrah sailing past what his Test average had been at the start of this series (2.26). You’re not buying Bradman’s wicket here, lads. Four runs is already a terrible exchange rate.

This was the moment when a guy who has for most of his career struggled to average six nailed a guy with 550 Test wickets for exactly that many runs in one shot and in so doing soared into the lead for the most runs made off a single Test over. And yet it doesn’t even make the podium of ridiculous deliveries! In the context of this single over, that incredible, barely-believable development only ranks as mid-table nonsense. Ball 7’s failings were that the delivery was by this point predictable and also Bumrah hit it properly. Predictable bowling and hitting the ball properly are of course less funny than getting as many or almost as many runs while batting wholly inadequately.

We’re in “a picture is worth a thousand words” territory here. Just look at this perfectly normal four.

A wild top edge for six. What else was it going to be after two previous hugely successful short balls? The decision to dig another one in combined with the mess of a shot it elicited would be quite a heady brew if these were the only ingredients – but it was also a no ball. This is the crucial detail that earns this the runner up spot because it meant that one ball into his over Broad had conceded 16 runs.

For many people, this was an anticlimax, but those people are wrong. Firstly, it was a scrambled single and scrambled singles are always hilarious. Secondly, it was a scrambled single after seven successive deliveries had gone to the boundary and therefore pretty much the last thing anyone expected. Thirdly, it was a scrambled single that ABSOLUTELY DID NOT NEED TO BE TAKEN. What was the reasoning behind going for one risky run when you’re already making 34 runs an over without even leaving your crease? What was the thinking? Why did this happen? The answer is that on some deep down level everyone involved understood that this over, and therefore this final ball, was far more important than the match as a whole. Everyone knew that this over could not be allowed to end with an unremarkable dot ball and so it came to pass that it instead climaxed with Stuart Broad demolishing the stumps with his body.

And that’s the clincher really because that act also serves as a tribute to of one of the few overs in international cricket history that can rival or perhaps even surpass this one; an over that was also bowled by Stuart Broad and which also saw him dive headlong into the stumps.