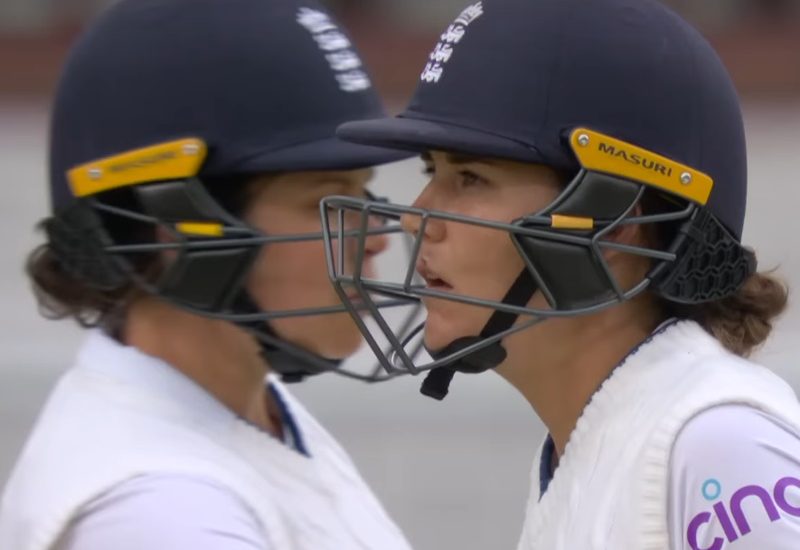 Remember when being five down for not many runs was a bad thing? Whatever happened to that?

Two weeks ago, England’s men’s team were 93-4 in pursuit of 299 to win. Somewhere around a minute later, they’d won the match – in large part thanks to Jonny Bairstow, who was the only other batter dismissed.

Four down for not enough runs is so passé though. A week later they were 55-6 in response to New Zealand’s 329. At this point Bairstow and Jamie Overton put on 241 in 274 balls.

This is apparently just the way innings pan out nowadays. South Africa were 45-4 and then 89-5 in this summer’s only women’s Test match, only for Marizanne Kapp to decide this was a fine time to make 150.

The tourists’ final total of 284 looked pretty handy when England then fell to 121-5. Cue a 207-run partnership between habitual player-of-cool-innings Nat Sciver and Test debutant Alice Davidson-Richards (who has gone a long way towards drilling into us that she isn’t an Alison or a Richardson – although good luck preventing either of those names from ever falling out of our mouth accidentally).

At the time of writing, South Africa haven’t yet lost five wickets, so it’s hard to say how their second innings is going.

Yes, we know Eoin Morgan has retired from international cricket. Yes, we do want to write something about it. Yes, we are doing. No, we haven’t finished it yet.

Sign up for our email if you’re not really sure what “the fullness of time” means and would prefer that article to come to you whenever it finally materialises.

You can also chip in on Patreon if you’d like to accelerate time very slightly.