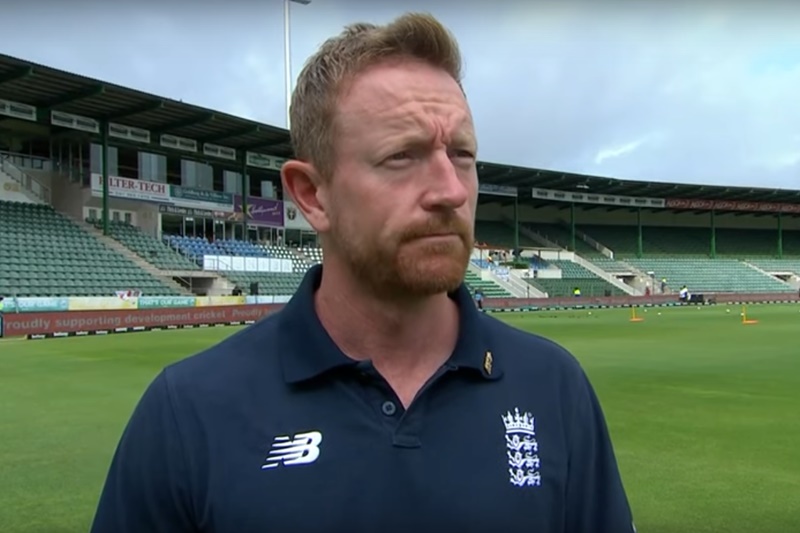 If there is one great thing the pandemic may have achieved for cricket, it is making the international game completely and utterly unsustainable.

“You are burnt out from the start,” said Paul Collingwood this week, in reference to England’s ill-fated Ashes tour hot on the heels of the T20 World Cup.

“I am sure people are sick to death of hearing about bubbles, but the harsh reality of what we were expected to do was: two years of bubbles, finish the home season and then go to a World Cup where, for six weeks the bubble was even tighter, then do two weeks quarantine and go into the Ashes with two days of on-field practice. We were sitting ducks. We really were.”

Collingwood reckons that even if England had been able to take their best cricketers from the last 100 years, subjected to the bubble environment and allowed the same preparation, those players still wouldn’t have had a chance.

“Yes, we made mistakes, 100 per cent,” he said. “We made selection mistakes, we made toss mistakes – but the fact we actually turned up and agreed to a five-match Ashes series, the guys should be given medals for that. It would’ve been much better if we’d done two matches and then three next year. That would’ve been a great compromise.

“These guys deserve medals, not criticism. They should be told ‘well done’ for even going. It’s the equivalent of the England football team being asked to go to a World Cup, then from that bubble into the Euros. Would you expect a performance from that scenario? It’s ludicrous.”

Collingwood is no doubt currently attracting criticism for these comments from the ‘toughen up, playing a game for a living, would love to be in their position,’ crowd. These are not serious people. These people’s expectations for elite performance are matched only by their complete lack of comprehension for what that requires.

Paul Collingwood, however – he knows. Paul Collingwood won three Ashes series, including one in Australia, and also a T20 World Cup as captain. He knows what these things demand of a player.

“Resilience is a major quality you need to have when you go to Australia, and if your resilience is removed because of the conditions you’ve been in, that has an effect,” he explained. “If people are expecting top performances from your best players, and your best players are playing all the time, it’s unrealistic. You just can’t do that.”

> Should England have rocked up for the Ashes without a plan? Were they mentally exhausted before they even began?

It’s easy to read Collingwood’s comments as being purely about bubble life, but these current restrictions are really just the final tiny wafer-thin mint. Bubbles have been inserted into a schedule where players were already hopping from one major engagement to the next, living their lives in hotels, surrounded by cricket, never having the time to prepare as they needed to for a big series or tournament.

Collingwood describes the suffocating feeling of matches where the team has had to stay at the ground. (Sleeping at the office, basically.) “You wake up, look out the window and there is the pitch,” he said. “You cannot get away from it, can’t get out.”

It sounds awful, but the point here is that this is not really so wildly different to how England cricketers’ lives were for a good few years before that. The big engagements have been coming thicker and faster and each one brings increased stress levels long before it actually takes place. Even where a player gets some sort of physical rest in between, the mental stresses often remain.

As Jonathan Trott said about his downtime between Australia’s 2013 Ashes tour and the 2013/14 return series: “The three weeks in between wasn’t time off because I was working hard in the nets.”

And obviously that second series famously panned out brilliantly for Trott.

The pandemic has turned what was already an unsustainable schedule into one that is completely and utterly unsustainable. And really, that’s a good thing, because now people who can influence things might actually acknowledge there’s a problem.

England players and staff largely tend to toe the line when asked about the schedule, but here’s Collingwood throwing around terms like “ludicrous,” “sitting ducks” and “burnt out from the start.”

We don’t expect any kind of major overhaul from the administrators off the back of this. We’re not naive. But maybe it’s not too ridiculous to expect some sort of rising awareness and perhaps even a moderate tempering of what is expected of the players.

Because after pointing to the premature retirements of South Africa’s Quinton de Kock and Chris Morris, Collingwood highlights the dangers.

“Take someone like Chris Woakes. The most loveable and down-to-earth guy. I have seen him in some serious mental states. We have seen Ben Stokes, someone we consider to be the most mentally tough cricketer in the world, been hit by this. I just hope there are no ramifications moving forward because when they come, they won’t be obvious next week or the week after. These are things that might come out down the line. That’s what scares me.”

Sign up for our email, back us on Patreon – or do neither.