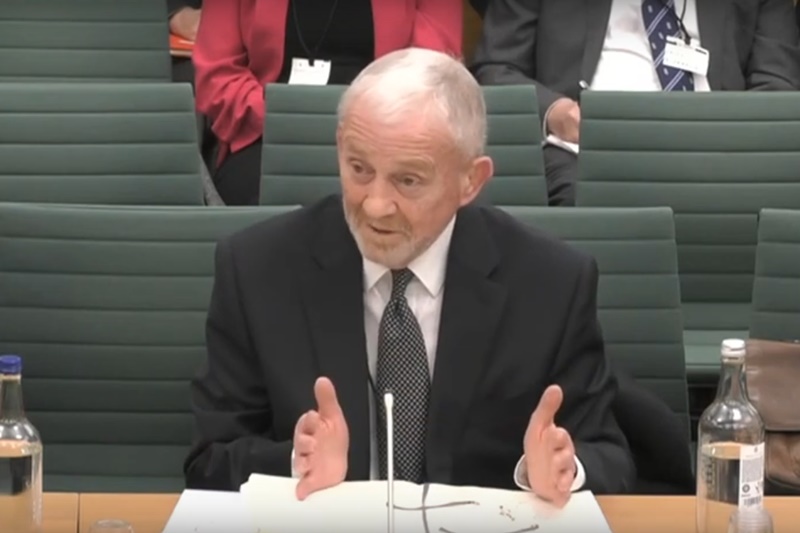 It was fun to get an insight into the reasoning of some of English cricket’s key decision-makers. Sorry, not fun – gravely concerning and wildly infuriating.

There have been two big discussion points relating to county cricket in recent times:

As a direct result of the former, a light is currently being shone on those who make decisions that also relate to the latter.

You’ll probably by now have seen the comments made by Middlesex chairman Mike O’Farrell when speaking to the Digital, Culture, Media and Sport Committee hearing yesterday, but let’s recap anyway.

“The other thing in the diversity bit is that the football and rugby world becomes much more attractive to the Afro-Caribbean community,” he said. “And in terms of the south Asian community, we’re finding that they do not want necessarily to commit the same time that is necessary to go to the next step because they sometimes prefer to go into other educational fields, and then cricket becomes secondary. Part of that is because it’s a rather more time-consuming sport than some others. So we’re finding that’s difficult.”

He also seemed to suggest that as you don’t need to be “six-foot-five and built of muscle” for cricket, the sport is open to “disadvantaged people”.

O’Farrell later apologised and ‘clarified’ his comments by saying something completely different.

What do these comments tell us?

These are pretty incredible things to say and the pure, base-level awfulness of them has already been well dissected elsewhere.

Azeem Rafiq, for example, highlighted how worrying it is that O’Farrell felt so comfortable to speak in public and express those views. This is a man who clearly operates within a subculture where these are pretty normal things to think.

‘Minorities sort of drift away from the game at a certain point’ only really makes sense as a defence if you think active racism is the only issue facing the game. O’Farrell didn’t come across as a person who’d considered that passive exclusion could also be a problem; that a mindless adherence to the status quo might result in some people having a harder path to walk than others.

Ebony Rainford-Brent called his comments “outdated” which doesn’t seem quite the right word. Yes, there was a time when these sorts of ideas were widespread, but they were never correct. It’s what he said that is wrong, not when he said it.

What else do these comments tell us?

A secondary aspect that has been less remarked on is what these moments tell us about the basic reasoning abilities of county chairmen. (And we may as well say ‘chairmen’ rather than ‘chairs’ because since the departure of Leicestershire’s Mehmooda Duke in November, they are all men.)

Basic reasoning. Just a fundamental failure in basic reasoning. Because O’Farrell was putting forward ‘the attraction of football’ and ‘a preference for education’ as explanations for the lack of diversity in first-class cricket. They’re not explanations. They are in fact the very kinds of things that demand explanation.

For a start, these are obviously gross generalisations. But even then, if the football and rugby worlds do ‘become much more attractive’ to a group of people at a certain age, do you not then ask yourself why that is? Is that not a trend that demands scrutiny? And if another group suddenly ‘prefers’ education, you’re then confronted with obvious questions about what might be shaping that preference.

The way O’Farrell presents the inarguable whitening of the sport as players start to near the professional game, it’s almost like some magical phenomena that cannot be explained – just a thing that happens.

That’s how a three-year-old perceives the world. A county chairman should be a little more curious about the mechanisms influencing behaviour.

The accessibility comment, however, smacked of someone who can’t even gather the most basic facts about the world around them. Decision-making ability becomes almost irrelevant when the person apparently believes those decisions are about ensuring the sport can be played by malnourished Romanian orphans.

Maybe we’re being unfair. Maybe O’Farrell is guilty of the lesser, but still significant crime of being really, really bad at explaining himself. Maybe he was just nervous and gabbling and everything came out all wrong.

It wasn’t just O’Farrell either. Hampshire’s Rod Bransgrove said he didn’t believe the game was institutionally racist and also expressed his belief that Hampshire is already “overachieving” in some areas with regards to diversity. Then he told a story about how a black Hampshire player used to call himself “Token”. Then he mentioned that he’d had dinner with Desmond Haynes.

This is all very bad news for tackling racism in cricket. It is also very bad for every other aspect of cricket, because these are the decision-makers and this is how they make decisions – in ignorance.

We also want to see a domestic game that isn’t a wearying slab of half-arsedness, where half the players in any given match are pacing themselves with one eye on all the upcoming fixtures lined up ahead of them.

Yet it is the county chairs that decide the structure of the cricket that is played in England and it takes a two-thirds majority to agree one way or another. O’Farrell and Bransgrove are just two of 18, but based on the insights into their thinking they have provided, do you trust them to make good decisions on anything?

We have a Patreon thing that helps buy us time to write King Cricket. It would be both lovely and very helpful if you became one of the people backing us.