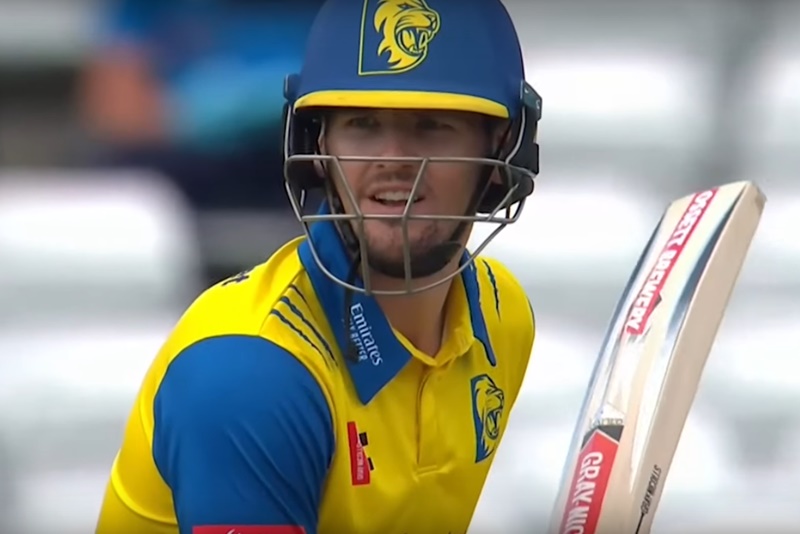 In any other England Test squad, a brand new opener would be the big story. From what little we know about alphabet-straddling AZ Lees, we hope he does well.

Alex Lees was one of the last batch of players we named as ‘county cricketers to watch’ before we finally sacked off that feature on the basis that we weren’t properly following the players we were naming. He’s been down and up since then, but we’ve retained affection for him.

According to David Lloyd, one coach said, “Thank goodness I won’t have to deal with Alex Lees again,” when the opener left Yorkshire in 2018.

Given the culture at the club around that time, let’s put that down in the credit column.

Not too many people have emerged from the Yorkshire thing with their reputation intact. Azeem Rafiq did however make a point of saying that he had felt supported and encouraged when he re-joined the club in 2016 when Jason Gillespie was in charge and Lees was limited overs captain.

Those two men had persuaded him to return, only for things to change pretty abruptly when the Australian departed.

“Jason left at the end of 2016 and it felt like the temperature in the room had just been turned up,” Rafiq told the DCMS Committee last year.

Lees didn’t seem to benefit from the change either.

“There was a change in management at Yorkshire at the time,” he told Wisden last month when it first became apparent he was likely to be called into England’s Test squad.

“I’d obviously flourished under Jason Gillespie. Unfortunately sometimes in any sort of industry you cannot quite get on with people or have challenging circumstances around that.

“That underlying area was ultimately one of the biggest reasons why I probably didn’t play as well as I did in the previous five years. The details are probably not that appropriate, but it was a really challenging time for me.”

We know it’s not as simple as Good Guys v Bad Guys, but from what we’ve read, we definitely get a sense that Lees would not be in the latter category, even if it were. A significant and unpleasant subculture seems to have developed at Yorkshire and he seems to have been outside that.

An incredibly vague non-example: We’re sure we saw that he’d said something specific to Rafiq about how the spinner was being treated at Yorkshire and how it wasn’t acceptable. Having trawled through DCMS evidence and newspaper reports, we can’t for the life of us find this though. If you’ve any idea what we’re on about, please pop it in the comments and we’ll update the article.

A much clearer example: Only one person from Yorkshire County Cricket Club came when Rafiq and his wife buried their stillborn son. That person was Alex Lees.

Basic decency, humanity and empathy aren’t ordinarily qualities that would warrant highlighting, but maybe this hints at something else too. Team sports can at times give rise to a bit of a herd mentality. The story at Yorkshire is not just about racism. It is also about bystanders and passivity. Lees appears to have a greater capacity than some to chart his own course.

History suggests it’s not always wise to assume that England cricketers are decent people. Nor, for very different reasons, is it wise to invest too much in an England opener. We’re pretty confident Alex Lees isn’t evil though. And that’s something. We wish him the best.