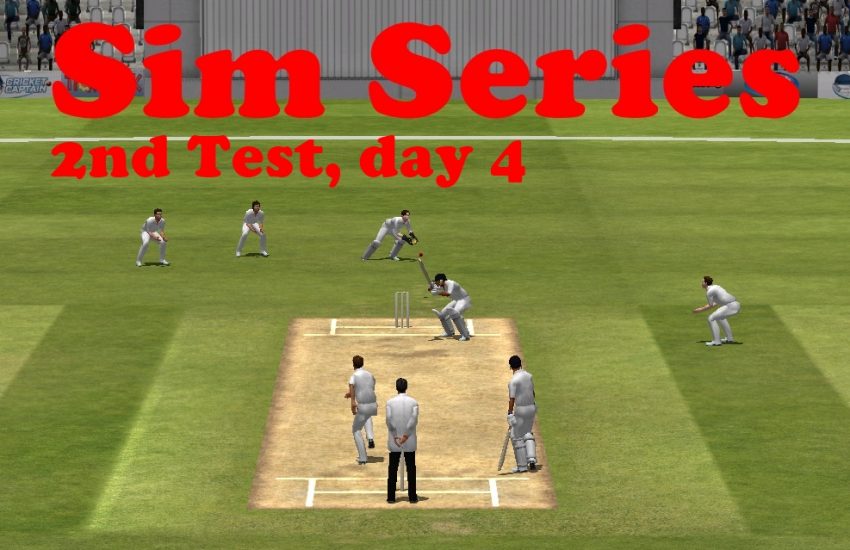 The tourists are still 88 behind with eight wickets in hand.

David Gower starts with a pair of fours.

Gower just doesn’t give a shit.

At the other end, Kevin Pietersen hits consecutive fours off Chaminda Vaas before swaying inside the line of a short one that goes for four byes.

Gower inside edges Rangana Herath to short square leg for 46. That was exactly how he got out in the first innings. The sound of Jonathan Agnew’s head hitting his hands rings out over the airwaves.

Herath gets Thorpe as well.

At lunch England are just 23 ahead. Weirdly, Murali doesn’t have a wicket.

Ben Stokes and Matt Prior ride their luck and then pretty soon Murali does have a wicket – Prior, caught and bowled for 37.

Derek Underwood is LBW for 1.

Is anyone else finding this genuinely quite tense?

James Anderson is LBW for 0.

Monty Panesar is the last man in. Graeme Swann attempts to farm the strike.

Graeme Swann is LBW to Malinga after adding just one more run.

Stokes gets Marvan Atapattu for 4 and is then clattered for six by Kumar Sangakkara.

Mahela Jayawardene edges Stokes behind in the very next over.

It all peters out a bit after that though.

Derek Underwood gets a couple of late wickets, but England simply didn’t have enough runs to defend.