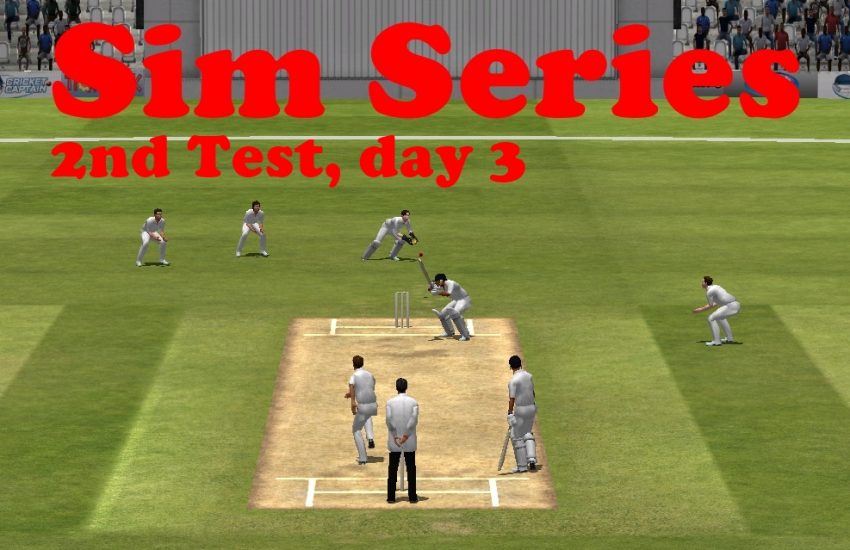 England battled to some sort of total, but day two belonged to Sri Lanka.

He celebrates by standing still and staring into space. The England fielders acknowledge his achievement by doing exactly the same thing.

Aravinda de Silva also reaches his hundred, but things are very sedate. England seem happy with this and decline to take the new ball.

After a couple of maidens, Sangakkara thinks he’s got the measure of James Anderson. He glides him for four and follows up with a drive.

Stokes, meanwhile, is getting pinged to the fence fairly regularly.

Graham Thorpe bowls two overs, because why not.

It’s Swann and Underwood after the break. Both batsmen reach 150.

But then finally, it happens. Sangakkara edges Underwood to Cook at slip for 157.

Angelo Matthews edges into space in Underwood’s next over. With few chances being created, that could be costly. Where are the close fielders?

Matthews larrups Underwood for consecutive fours and then edges to slip… but it’s a no-ball.

At the other end, Swann gets de Silva LBW for 163.

Gower brings Anderson back on for Underwood, who kicks the turf, frustrated with everyone and everything, especially himself.

Swann has an appeal against Matthews and finds Arjuna Ranatunga’s edge – but again there’s no fielder.

Anderson gets Ranatunga LBW but then Matthews hits him for three fours on the bounce. What an infuriating innings.

Vaas somehow manages to inside-edge over the keeper for six. (Jimmy must really be getting it through.) Vaas then edges again, but wide of slip.

At tea Sri Lanka are 452-6 and Jimmy is basically livid.

Matthews is hitting fours here there and everywhere, so Ben Stokes tries to bounce the shit out of him.

Arjuna Ranatunga somewhat brutally declares on 502-6 with Matthews unbeaten on 97.

After a couple of fours, he leathers Lasith Malinga to Vaas in the deep.

David Gower strokes his first ball for four because of course he does.

England are in shit and Muttiah Muralitharan hasn’t even bowled yet.