Whilst on a recent jaunt to Australia to a wedding that didn’t happen, I decided to go watch some kind of Australian cricket, which was fraught with difficulty:

Having researched that there was cricket on my first day in Perth, I duly jetlagged my way through the alarm to discover that the game was already over.

I then went on a tour of the WACA the day after and saw this quite ridiculous motivation nonsense in the home dressing room:

There being no more cricket in Perth for the season, I read that there was some kind of Weetabix (Weetbix in Australia) match happening at the MCG. I checked flight prices and my funds only to then be told that there was some bush fire appeal concert being headlined by Coldplay happening on one of the days. I am ashamed to have attended the same university as Coldplay, but proud to have attended the same institution as David Gower.

I waited as the prices of flights increased until they announced the game was to be at some kind of Oval at some kind of Junction in Melbourne. I arrived on the first morning to this: 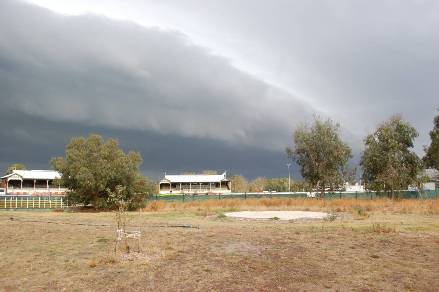 I sat under cover from the deluge and talked to a man called Len. He had travelled since 7am to get there and he told me about his Filipino wife and his daughter who didn’t like cricket. He offered me a minty which I declined. Then play was abandoned.

I returned on the second day (entry was free with a travelcard) and wished I’d brought more clothing with me to Australia. I tried to find Len, but disappointingly he wasn’t there. I was also disappointed to discover that Darren Pattinson wasn’t playing. It disappointingly started to rain at 1pm. As I sat there, disappointed and cold, I realised that it sure as hell beat being at work.

Send your match reports that on no account mention the cricket to king@kingcricket.co.uk