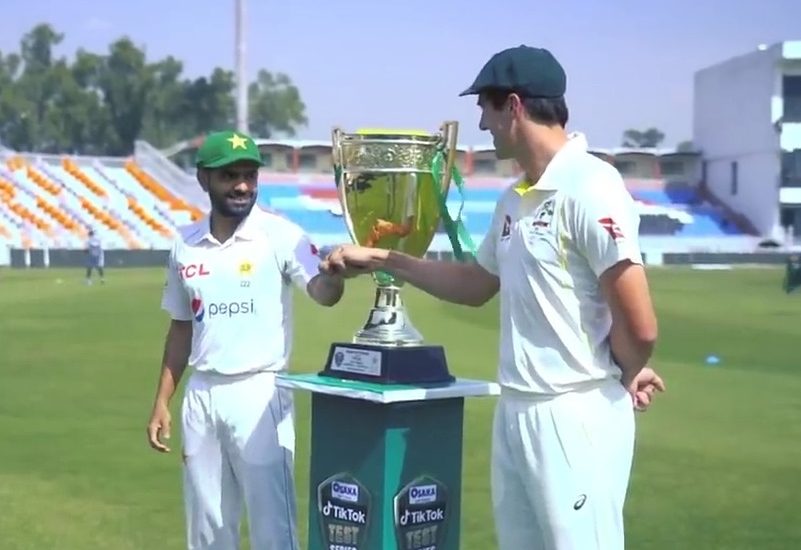 According to the rankings, Australia are the number one men’s Test team. They also have the number one batter (Marnus Labuschagne) and number one bowler (Pat Cummins). They’ve achieved this without playing a single match away from home since 2019.

This number one Australian side won’t really have much of a concept of Test cricket in Pakistan. Cameron Green wasn’t even born the last time his team played there.

We remember Test cricket in Pakistan though. We remember India arriving in 2004 and kicking the series off with 675-5 – Virender Sehwag walking off at the end of the first day on 228 not out. We remember the next India tour in 2006 when Pakistan opened the bidding with 679-7 and India responded with 410-1 (Sehwag 254 at quicker than a run a ball). We also remember Pakistan slipping to 39-6 in the first innings of the decisive third Test of that 2006 series and still managing to set India 607 to win. (None of the top seven passed 50 in the first innings. All of them did in the second.)

Or what about England’s 2000 win in Karachi, which was famously completed in the dark and which less famously involved inching their way to 388 in their first innings over the course of 179 overs – two full day’s of cricket, basically.

Test cricket in Pakistan can be hard. In all sorts of ways. It is often hard in very different ways to Test cricket in Australia. It’s easy to forget, but depositing the number one Test team in a totally different world and seeing how they do is what cricket’s all about. Variety is good – different weather, different pitches, different opponents, different match situations and, yes, sometimes even different formats too.

It’s not about whether Australia will win or whether they’ll be ‘found out’. It’s not about the outcomes. It’s about the process; the intrigue; the pure joy of running the experiment and seeing what you get. Maybe they’ll lose 3-0 but Usman Khawaja will hit three hundreds and Josh Hazlewood will take a bucketful of wickets. That would be a defeat, but it would also be newer and more exciting than mechanically going through the motions in home conditions yet again.

Australia arrived in Pakistan full of confidence and with a well-honed and very successful way of going about things. After just one day of Test cricket, it’ll occur to them that there are other ways of playing the game.

If you want, we can email you about cricket.