There’s basically nothing left as an England fan other than to become a connoisseur of missed catches. Keaton Jennings failing to make meaningful use of his own hands when Virat Kohli edged the ball to him on 93 was one of the greatest misses we’ve ever seen.

There are three main reasons why. We’ll expand on these in a second.

Because Jimmy Anderson was bowling

The context is key. Jimmy Anderson has been bowling brilliantly this summer and while he’s been rewarded with plenty of wickets, he’s also been repeatedly slapped in the metaphorical face by countless drops. (He’s been hit in the literal face by his own golf ball too, but that’s wholly unrelated.)

Jimmy has been particularly keen to dismiss Virat Kohli and has beaten or found the edge of the India captain’s bat – ooh, it’s hard to say exactly, but it must be somewhere around 6,000 times.

Precisely none of these deliveries have resulted in a dismissal.

This is why when he again found the edge and the ball again went straight at a fielder and it again didn’t result in a dismissal, Jimmy did this. 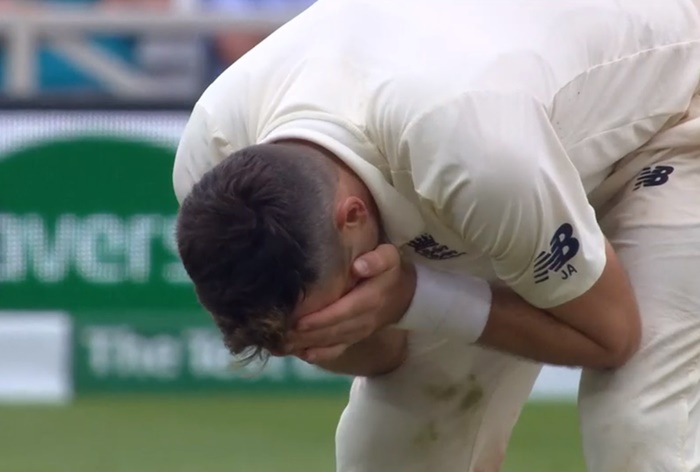 While he was still doing this – still bent over, head in hands – he suddenly went all tense and his whole body shook as he unleashed a bestial roar.

This is a 100 per cent correct reaction and Jimmy has our every sympathy.

Because of where the ball was going

On first viewing we reckoned that Keaton Jennings would have needed to move his hands by about three inches to have successfully taken the catch. We were wrong. 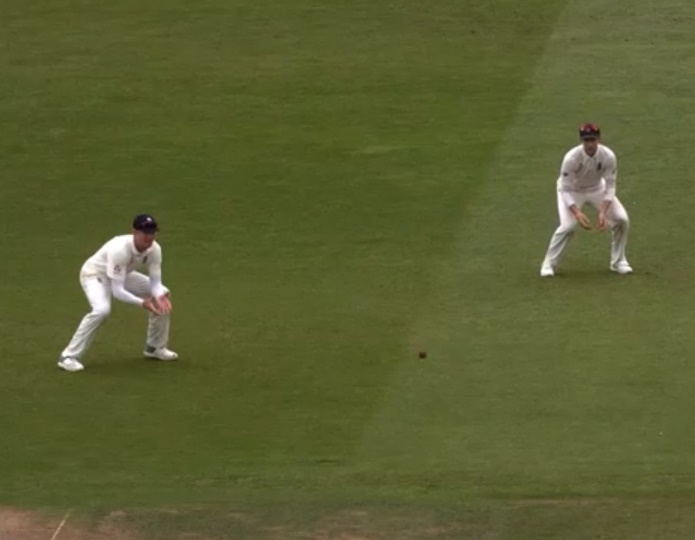 And then look at this. 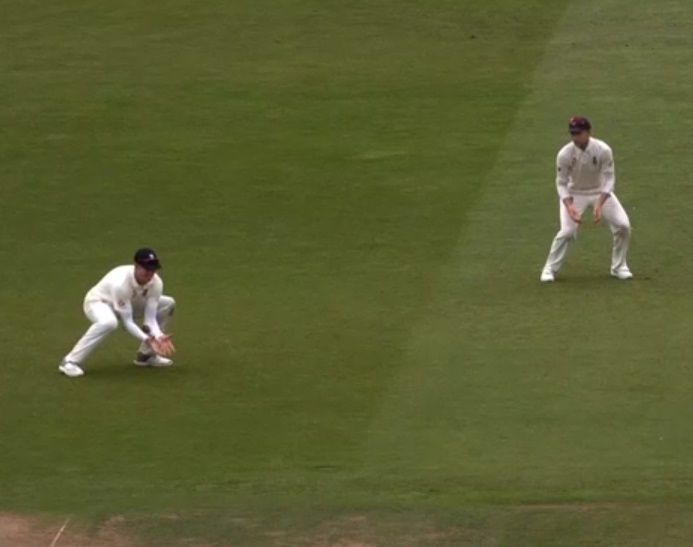 There are no deflections there. Virat Kohli edged the ball directly at Keaton Jennings’ cupped hands. Had Joe Root been armed with a blowpipe and shot a paralysis dart into his opener’s neck to instantly freeze him, there is a reasonable chance the catch would have been taken.

However, this is not what happened. What happened in reality is far more entertaining. What happened was that Keaton Jennings ducked his hands down a few inches to actively evade the ball.

(Look, this all happened in a billionth of a second and we know that the poor guy’s got to instantly pick up trajectory, speed and angle and honestly, in many ways it’s a miracle any catch is taken, but there is still something fundamentally hilarious about a bad-catching side failing to take a catch because one of the fielders moved his hands out of the way of the ball.)

The ball made contact with absolutely nothing. Look at those images above and try and envisage a scenario where ball doesn’t strike hand, arm, knee or testicle.

It’s almost impossible, isn’t it? But this is what happened next. 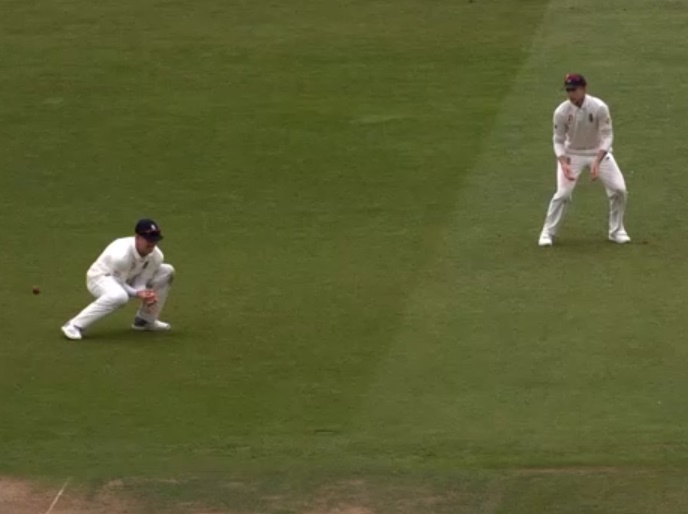 It was as if Jennings were some kind of formless sprite, unable to interact with solid objects within this earthly realm.

The ball approached and then it just continued on its way at exactly the same speed having passed directly through him.

We saw a thing the other day where they said that in terms of accuracy, bowling a couple of feet fuller or shorter is like the difference between a darts player hitting the top or bottom of the bullseye.

Darts players release their projectile from in front of their eyes having adopted a firm, stationary position. Jimmy Anderson releases the ball from some way above his head, having sprinted in and done a weird twisting jump; he does it with fingertip precision so that the ball swings; and he does it time and time and time again, even when he’s absolutely knackered.

Most of the time nothing whatsoever comes of this effort – but sometimes it does. Sometimes the ball catches the edge of the bat, travels in the air and in the direction of a fielder.

At this point, Jimmy Anderson has done all he can. The outcome of this delivery is now wholly down to someone else’s involvement and he just has to hope that they catch it.

Take another look at Jimmy Anderson screaming into his palms. 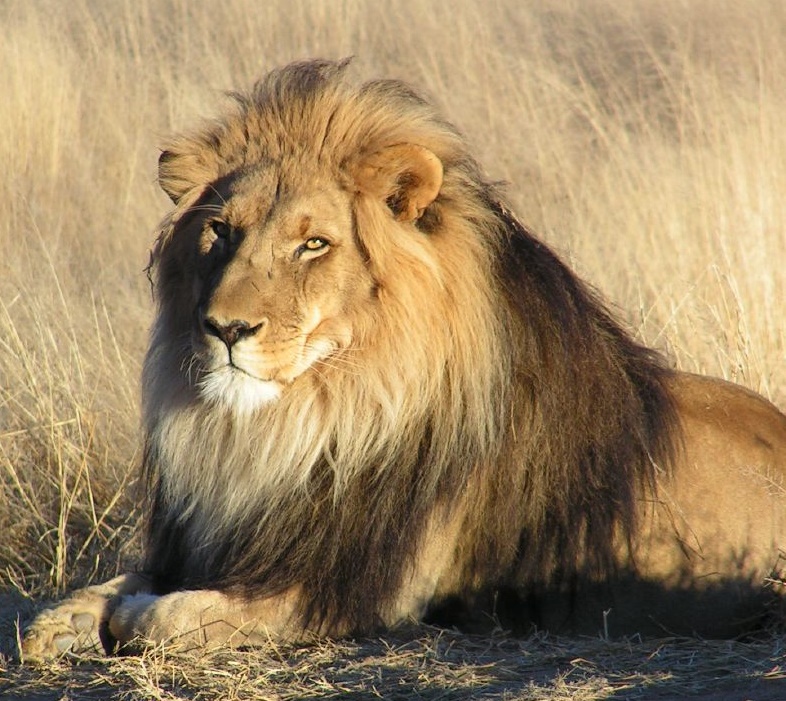 “If a lion could talk, we could not understand him,” wrote Ludwig Wittgenstein. The point being our feline friend would probably be rambling on about how he’d happened across some other lion’s urine earlier in the day and his specific concerns about this patch of piss would mean nothing to you.

Lions live in a world with different norms, values and preoccupations – and so do fast bowlers.

Ask Jimmy Anderson for his opinion on a particular batsman and you shouldn’t expect him to wax lyrical about how well he’s playing. Jimmy sees batsmen as prey and their techniques as little more than an accumulation of Achilles heels. Jimmy’s reason for being is to cut batsmen down and part of the process of becoming so good at it has involved training his brain to see them in a certain way.

Show Mark Nicholas a Virat Kohli cover drive and he will say something like: “Oh now, that is just exquisite.”

Show Jimmy the same stroke and he’ll say: “I wonder if he’d have tried to play the same shot if it had shaped away from him a touch. There was a bit of a gap between bat and pad too for the one jagging back.”

That is not Jimmy being deliberately unappreciative. That is how he thinks. That is what he spends his life thinking about, because that is his job.