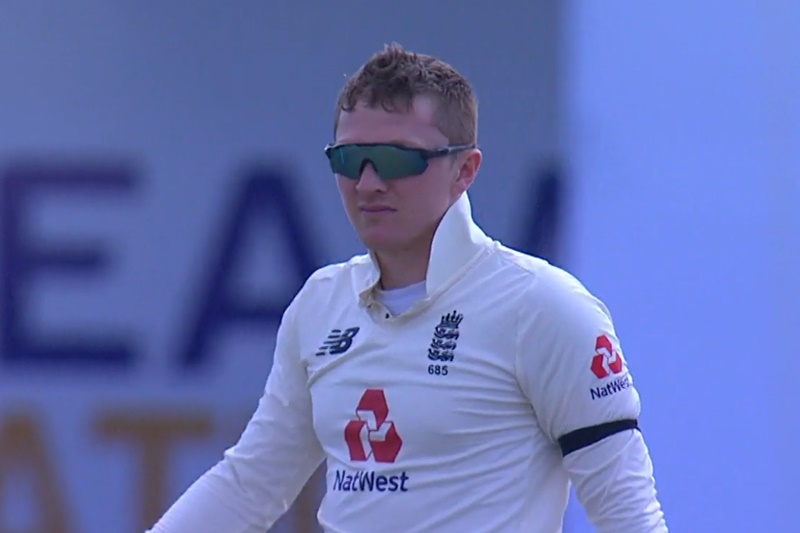 Dom Bess didn’t play the last two games. Joe Root said that he had used the time to work on a few things. We saw some evidence of that today.

We’re not quite sure what it is, but we seem to be writing about Dom Bess a lot this winter. This is bizarre, because we don’t actually think about him an awful lot during any given Test match. Somehow, where the Somerset spinner is concerned, we’ve become one of those people who says absolutely everything he thinks.

So why are we talking about him today?

Speaking about Bess ahead of the fourth Test, Joe Root said: “When you do sometimes get taken out of the side, it’s really important that you use that opportunity to improve and evolve as a player, to get better all the time and I think he’s done that.

“He’s used that time to work on his game and become a better player for it. That’s exactly what you want from players – to go away and try and improve themselves and he’s certainly done that.”

The obvious question at this point is how specifically has Dom Bess improved his game?

The answer is that he’s massively improved his third umpire review request signal.

Now don’t get us wrong – Bess is still not asking for a review with textbook technique, but he has definitely upped his game markedly.

Just as a reminder, this was how he signalled for a review after being given out LBW the last time he played cricket.

We described it in much more detail here, but it was basically a lazy, vague, inaccurate, single-hand flop.

If you were the umpire for that delivery and you were 90 per cent certain that Bess was about to ask for a review, you’d still have felt the need to double-check with him. That’s how bad it was. It was dreadful.

Today, Dom Bess was given out LBW and this is what he did..

Okay, so he’s basically aiming his decision review system request at the turf, but at least the shape of it is half-decent.

He also repeated the motion. Rather than that single, limp bat-grab from the first Test, he did five distinct forearm bangs. That’s quite a lot. It makes for quite a protracted signal, which of course makes it clearer.

Throw in eye contact with the third umpire and the whole thing becomes unequivocal.

With the shape, the eyes and the duration, we’d be tempted to give it 8/10.

Excellent work. Dom Bess is improving as a cricketer before our very eyes.

This is a cricket website that sends its articles out in an email so that you don’t actually have to visit it. This is how you can receive that email.