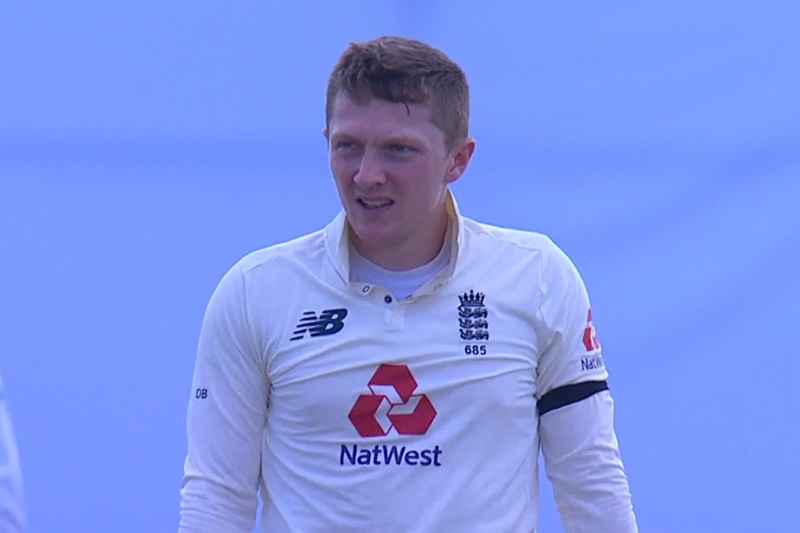 The England men’s team are about to play the fourth Test against India, with Dom Bess apparently set to get another game. Meanwhile the England women’s team have started beating New Zealand in a new format, while Afghanistan and Zimbabwe are trying to get in on the current trend for free-to-air two-day Test matches.

It looks like Dom Bess is going to play in the fourth Test. It’s worth taking a moment to take stock of his situation because it’s hard to keep track of these things at the minute.

Bess played the two Tests in Sri Lanka and took a highly terrible five-for. Then he played the first Test against India. Then he was dropped.

That last word is very important because while there’s been a lot of England team churn this winter, there have been precious few out-and-out droppings. (Maybe they need more fibre.)

It feels like there have been at least three changes for every Test, but if you look back, most players have been coming and going due to scheduled rest periods.

Ben Stokes, Jofra Archer and Rory Burns all sat out the Sri Lanka series, then Jonny Bairstow, Mark Wood and Sam Curran went home afterwards. Jos Buttler was due a break after the first Test against India and then Moeen Ali had one scheduled for after the second.

The Somerset man has essentially moved one step down the pecking order to third-choice spinner. However, thanks to rotation and a desire to pick two spinners for this third Test, this position is now within the first XI.

Technically Bess is a stand-in for Moeen – although if he waltzes in and takes a stack of wickets, that could result in a leapfrogging. That would seem harsh on Moeen, but the all-rounder would maybe just have to accept that both men have been on the margins of late and that the balance was there to be tipped.

There are surely worse situations in which to find yourself at the minute than playing cricket in New Zealand – particularly if you’re England.

The tourists won the one-day series 2-1, in large part thanks to Tammy Beaumont, who made 71 in the first match and improved from there, following up with 72 not out and 88 not out.

Beaumont averages 45.13 in the middle format, which is double what she averages in the other two. We always find it weird when it breaks down like that for a player. It feels more normal to skew towards one extreme or the other.

The first of three T20 internationals was last night and England won that one too after bowling New Zealand out for 96.

The second game’s on Friday with the last hour unhelpfully clashing with the closing stages of the men’s Test match at the start of day two.

You may well not realise this but all of Afghanistan and Zimbabwe’s matches are now being broadcast on free-to-air TV in the UK.

They’re being shown on FreeSports, which is a channel we’d never previously heard of, but which it turns out does actually exist and which you do almost certainly also have access to.

Afghanistan v Zimbabwe may not be the biggest draw, but bear it in mind later in the year. There’s a Zimbabwe v Pakistan Test series scheduled in April, for example, while Afghanistan are due to play a tri-series against Australia and the West Indies in October.

As for this Test, at the time of writing, Afghanistan are 21-4… no, wait… 21-5 in their second innings and positively careering towards an innings defeat after only mustering 131 in their first innings.

The only batsman to pass 50 in the match has been Zimbabwe captain Sean Williams, who made 105.

105 would not ordinarily be considered a big hundred, but the way this one’s towering over the game, we can probably recalibrate.

Procrastinating? Good on you. Go and read some of our features. That’s mostly what the Patreon money goes towards.