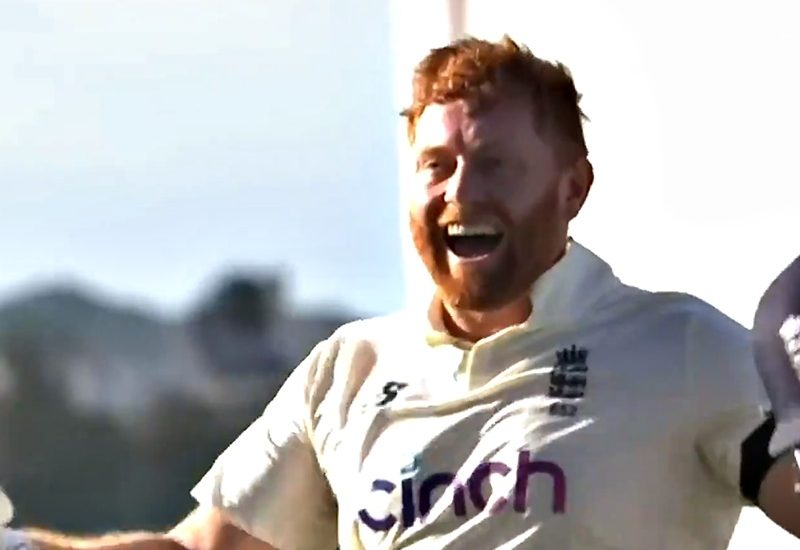 When we think about Jonny Bairstow and how England have used him over the years, it reminds us of a moment in Airplane!

There was a time back in 2019 when England dropped Jonny Bairstow and tried to frame it as a kick up the arse that might potentially drive him to new heights. (Hell of a kick.)

That noble ambition was only slightly undermined by the fact they’d renewed his central contract three days earlier. So it wasn’t really a kick up the arse at all. Not one delivered with any venom anyway.

“He worked particularly hard and earned his way back into this team,” explained Chris Silverwood when Bairstow returned to the England squad for the very next tour having played precisely zero cricket in the interim.

He played one Test on that tour, made 1 and 9, and was promptly rested (not dropped) for the next one.

There’s a complex graphic just begging to be made charting Bairstow’s in-out, wicketkeeper-not-wicketkeeper, batting-at-every-position-from-three-to-eight status throughout the course of his Test career. It would be interesting to see the greatest number of successive matches in one fixed role. (We think it might be when he strung together seven matches as a wicketkeeping number seven in 2017.)

Bairstow is currently playing his third match in a row as a number six batter. He has hit hundreds in two of those games. Things are going pretty damn well. And this is where we think of Airplane!

The bit we think of comes late in the film when Captain Rex Kramer is trying to talk Ted Striker through landing the plane. He’s in the control tower, running things from there, doing everything he can to avert catastrophe.

As Striker nears the runway, one of the air traffic controllers says to Kramer: “Maybe we ought to turn on the searchlights now.”

“No,” replies Kramer, melodramatically. “That’s just what they’ll be expecting us to do.”

This just seems the perfect summary of how England have managed Bairstow over the years. They have always tried to keep him guessing, even when doing so has been utterly self-defeating.

Sure, things are going swimmingly right now and England have a number six knocking out hundreds two matches in three. But there’s no need to get too comfortable. We all know we’re only a strained Foakes hamstring or a Dan Lawrence pair away from mixing things up again.