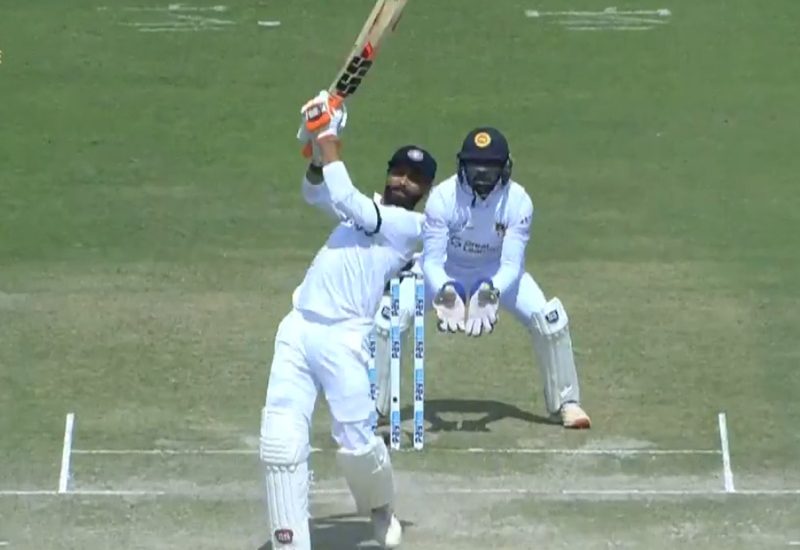 It’s common to assume that we accurately value all-rounders as the sum of their parts, but more often than not, we value each part separately and sneer at each of them a bit. Ravindra Jadeja is a pretty good example.

To many people, Jadeja is a fill-in bowler who takes his wickets with round-arm straight ones; a bit of a chancer; a man whose method will pretty soon get found out; not a real spinner really.

58 Tests and 241 wickets into his career, these people probably aren’t going to change their minds about that. The straight one isn’t for the most part an impressive way to dismiss someone. There was that one guy who could make the straight one breath-taking, but that was because of the sharp turn of the deliveries that preceded it and because of the way he was somehow sneaking in a completely different bowling technique without the batter realising.

Jadeja’s approach is more subtle and nuanced. Subtlety and nuance can really get the job done, but they sure as shit aren’t crowd-pleasers.

Then there’s the batting. Everyone knows Jadeja once hit a triple hundred in Indian domestic cricket. Fewer people know he’s the only person to have hit three of them in the Ranji Trophy. There’s still a tendency to see him as ‘maybe good for 50 down the order’ though.

In a sense, fair enough really, because he’s played more innings at number eight than anywhere else and until this week he’d only hit one Test hundred.

> Tail-end tons: Who is the worst batter to have hit exactly one Test hundred?

He’s just added another though – 175 against Sri Lanka in a match in which he also took 9-87. That is, by any stretch, an okay performance – really, really bloody okay – and it comes against a backdrop of increasing batting returns. He’s been averaging 47.76 since the start of 2018.

An overall Test batting average of 36.46 is unspectacular in the grand scheme of things, but it’s beyond handy from an all-rounder, even if it is (for now) tempered by the lack of hundreds. Some might try and diminish that number with the ‘flat Indian pitches’ cliché, but that’s not how we remember Test cricket in India in recent years. There’s pretty good evidence of that in his Test bowling average of 24.28.

There remains of course a home conditions cant to Jadeja’s overall record (35 Tests at home to 23 away and a marked difference in returns) but he’s not a waste of space overseas and appears to be improving. Plus, as we once said about James Anderson, having huge influence in home Tests isn’t negated by less effective performance overseas because half your team’s cricket is at home and that’s a hell of a lot of cricket.

Jadeja isn’t India’s best spinner at the minute. That might feel damning but it wouldn’t in itself exclude him from qualifying for the top ten spinners of all time. We’re not saying that’s where he actually ranks, just that ‘second-best’ isn’t a fixed rating.

Similarly, in a team that features Rohit Sharma, Virat Kohli and Rishabh Pant, he is also far from being their best batter. Again: tough yardstick. And did anyone think to factor fielding into all of this?

Ravindra Jadeja grows more annoying by the day. Who knows where this will end.