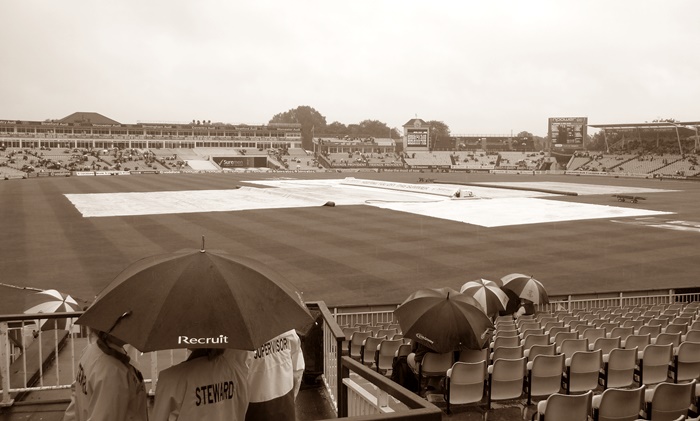 I Don’t Like Cricket, I Hate It is a semi-regular feature where we ask a fella called Prince Prefab about cricket – even though he hates cricket. We are in bold. Prince Prefab is not.

England tour Sri Lanka and the West Indies this winter and the big news for cricket’s (in)visibility in the media is that talkSPORT have got the radio broadcast rights, so there’s no Test Match Special.

Well I don’t listen to Test Match Special but even I’m livid. One of my favourite things is talking on the radio that goes on for hours. I think it might be time to riot.

Well there’s always the talkSPORT talking on the radio that goes on for hours. They’re so committed to it that they even put ‘talk’ in their name. Have you ever listened to talkSPORT? Can you imagine what cricket on talkSPORT would be like? (And what, exactly, do you imagine that cricket on Test Match Special is like?)

Well I should have been clearer. I like long talking on the radio that is not on talkSPORT.

I heard talkSPORT once in my friend’s car about ten years ago. It was angry men shouting about football and I did not care for it. I think I can imagine what cricket would be like on talkSPORT and I do not think I would care for that either.

What do I think TMS would be like? Sort of like posh old chaps talking about the breeds of birds on the pavilion roof, the slant of the sun over the south-facing stand, their sandwich filling of the day, their favourite type of cake, a bit of poetry they remembered from school, making a note of a wicket or a six. That type of thing. Close?

Well it’s evolved a bit in recent years – most of what you describe was basically Henry Blofeld’s exact contribution – but stereotypes are generally rooted in fact aren’t they? There’s still an undercurrent of all that.

I might give TMS a go. I fall asleep at night listening to podcasts of things I’m not very interested in. I find it soothing.

Well, like we said, they haven’t got the rights, so you’ll have to wait until summer. They are however going to… [checks announcement] “… give fans a chance to hear their favourite TMS broadcasters, like Aggers and Michael Vaughan, give their expert view on England’s tour of Sri Lanka and take part in discussions around all the big issues in the sport.”

Yeah, that sounds suitably uninteresting. That should do it.