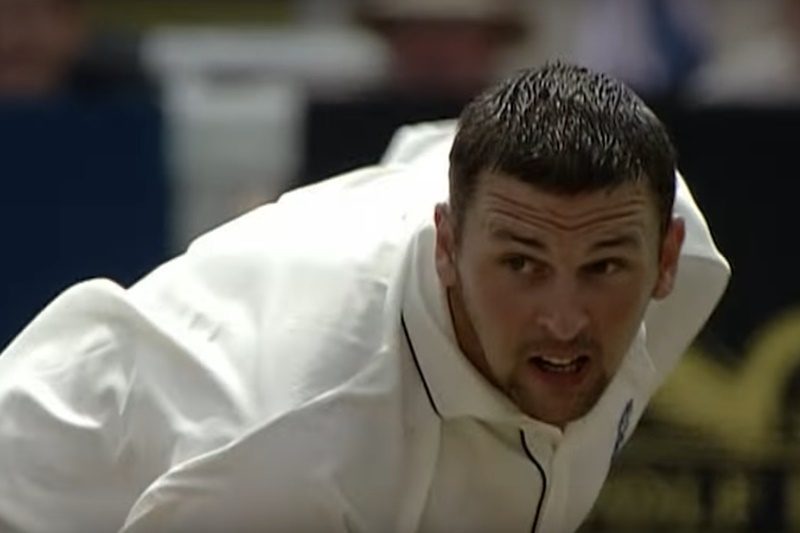 We were watching a Sky thing the other day where Steve Harmison was reflecting on his career. At around the point that he became the number one ranked Test bowler, he went on tour to South Africa and found he couldn’t practise due to an oxygen-restrictive combination of altitude and anxiety.

Harmison seemed to generate a lot of these sorts of contradictions. He was the England cricketer who only started playing in the first place to retain a bit of fitness for the football season. Cricket wasn’t his favourite sport, yet he says he felt “10 foot tall” when he walked on the field as an England player.

Media coverage sometimes gave the impression of an almost reluctant cricketer, yet this was a man who forced himself to battle that off-field anxiety so that he could continue to play.

No less a judge than Shivnarine Chanderpaul pretty much considers him the benchmark for commitment. Reflecting on his time playing alongside Harmison in county cricket, Shiv said: “I’ve seen Steve Harmison bowling for Durham and then have his socks full of blood when he took them off. I’ve seen him play with a broken hand to win us the Championship.”

Yet none of this is really why he’s in this team.

Harmison made his Test debut against India in 2002. In that match the new ball was taken by Matthew Hoggard and Dominic Cork.

That’s why Harmison is in this team: England produce plenty of good fast-medium bowlers, but very few who are genuinely scary.

Steve Harmison could lollop in and hit you on the elbow with the best of them. On a good day, he was like Andy Caddick and Darren Gough’s bastard offspring.

The off days were almost irrelevant. It was the possibilities that he brought to the team that mattered and also the hope that stemmed from that.

He took England from a world of Wasims, Waqars, Donalds and Ambroses to one where they were the ones who had the scary fast bowler.

When people look back on the 2005 Ashes these days, they only ever talk about the climax. And when we say the climax, we’re talking about from halfway through the second Test at Edgbaston until right near the finish of the fifth Test at the Oval – maybe even more than that.

Because the story of the 2005 Ashes is far more than the five Test matches. It stretches back years and even within that one summer, the limited overs matches were crucial.

A case in point: in the first one-day international the two sides played against each other in 2005, Steve Harmison’s first spell brought the wickets of Adam Gilchrist, Ricky Ponting, Damien Martyn and Matthew Hayden. He came back on a bit later to clean up Mike Hussey.

In that moment, he demonstrated that these Australians weren’t gods. It seems so strange now, but that truly was something that everybody in England needed to learn.

Fast bowlers are few and far between. English ones are rarer still. For a time, this lolloping ganglatron of mental fragility was just such a thing and it was wondrous.