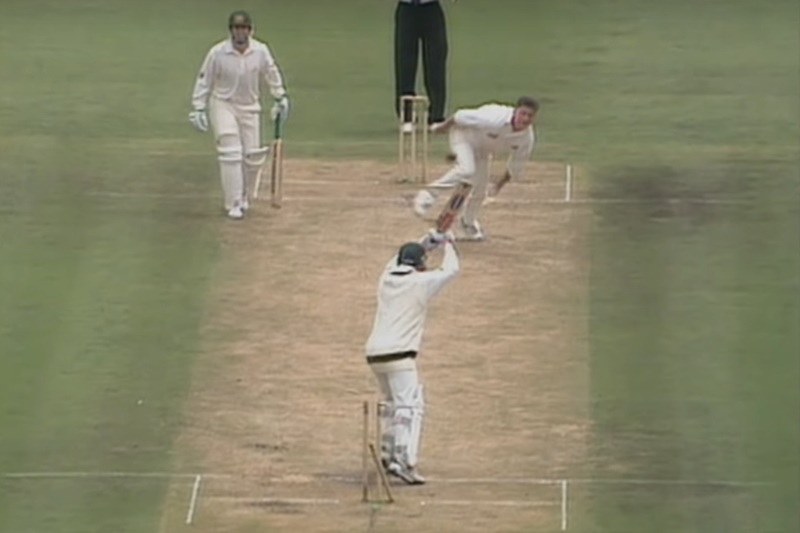 Darren Gough at eight is… well, it’s not great, is it?

Except it is, because it means Darren Gough is in the team.

Gough is in some ways the prototype for players we emotionally invest in.

Firstly, he was a bowler. This is important because without good bowlers Test matches can only ever be draws.

Secondly, he was a fast bowler. This is important because fast bowlers – particularly those who can bowl reverse swinging yorkers – are the players who make matches suddenly turn corners. (People often talk about ‘game-changers’ but that’s a crap term because it’s also entirely possible to change a fun Test match into a boring draw if you bat in a certain way.)

‘Trying’ is often the short form of ‘trying-and-failing’. While this did often apply to Gough, the first part is also a necessary component of the far more rewarding trying-and-succeeding.

When you’re watching a Test match and your team is losing and events are out of your hands, you’re hoping for a miracle.

Tell you which players don’t produce miracles: the sad, defeated-looking ones.

Tell you which players do very occasionally produce miracles: the guys who charge in to bowl with a tangible air of ‘we’re only a couple of hat-tricks away from turning this around, lads’.

Play cricket like that and we will love you forever. You could never, EVER question Darren Gough’s effort.