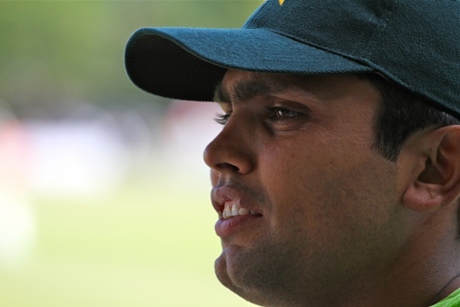 Just when you think that international cricket can’t get any more like the playground, it does. It’s only a matter of time before someone breaks a window with a shit shot on goal and everyone gets bollocked for it.

There are mutterings that Umar Akmal isn’t really injured, that it’s actually a protest that his brother, Kamran, might be dropped from the Pakistan team.