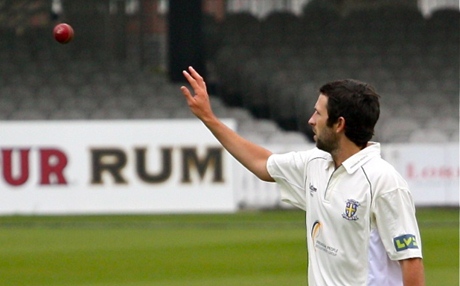 It’s very easy to blank out the finer details of sportsmen’s injuries. Getting knee-knack and gammy-hammy are occupational hazards, so we tend to only really take in the word ‘injured’ before wondering who’ll replace the player in question.

But Graham Onions had spinal surgery. Think about that. Someone tore a ruddy great hole in his body and buggered about with his spine. They drilled a titanium pin into it and then stitched him back up again.

Now here’s the worst part: Graham Onions knows this. When he runs into bowl, somewhere in the back of his mind, he is vaguely aware that his vertebrae have been tinkered with. That’s liable to inhibit your movements.

Onions is over the worst of it now though. His surgery’s a memory, his back’s still intact and he’s getting stuck into all the evil bodily contortions necessitated by fast bowling.

But fast bowlers are quickly forgotten and there was a very real chance Onions would never play for England again. Others performed well in his absence and there was no guarantee he’d bowl well, even if he managed to return at all. Now, thanks to ‘rotation’ and stacks of wickets, he’s potentially in line for another Test match. We’ll be very happy for him if he plays.