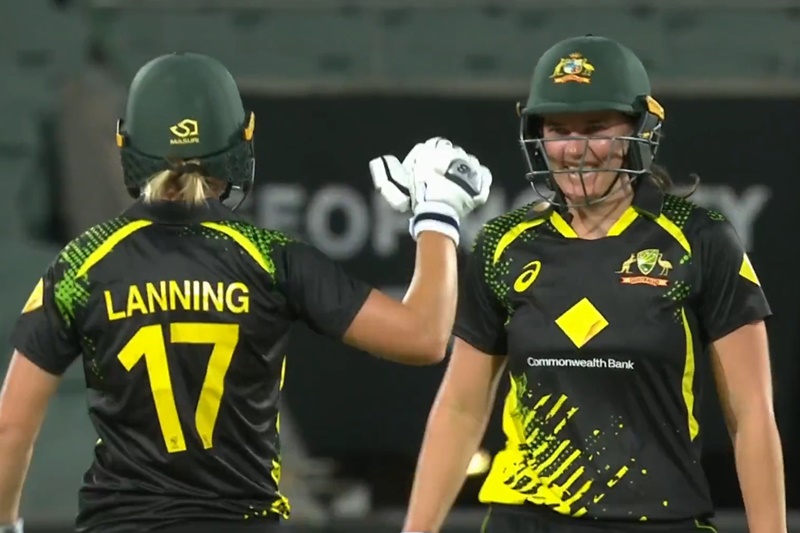 If we have a recent sports writing regret, it’s that we only stumbled across the terms MAshes and WAshes after the men’s series had already finished. We very much like this terminology. We wish we’d already started using it.

Because it’s not cool to start using it for the women’s series, is it? If you’ve just spent a couple of months saying plain old ‘Ashes’ and then you switch to ‘WAshes’, it’s like saying, “that one was the proper one and now this one’s the different one.”

But used as a pair, ‘MAshes’ and ‘WAshes’ do a good job. We hope they catch on. They’re short, clear and punchy and they also prick the pomposity of the England v Australia contest in a way that pleases us.

So we’re going to say WAshes. But let it be known that we also say MAshes now.

So much for change though, because the first match of the WAshes was not so radically dissimilar to the recently-completed MAshes. And we have some concerns.

Australia are favourites for the series, obviously. They’ve held the trophy since 2015 and they’re playing at home. There’s being favourites and there’s being in “oh shit” territory though, isn’t there? We were kind of hoping this series might evade the latter scenario.

Early signs are not great. Australia left out Ellyse Perry, their greatest cricketer of the last 50 years, and also Beth Mooney, who’s suffered a broken jaw, and then went and won the first T20 by nine wickets.

Meg Lanning made 64 not out, which is fair enough. Tahlia McGrath took 3-26 and then came in at three and made 91 off 49 balls, which is very much not fair enough. McGrath hadn’t really registered with us before today, so we now have an extra Australia player to worry about.

The second of the three T20s is on Saturday. The Test match starts on January 27 and then there’s three 50-over games after that. There’s two points for a limited overs win and four for a Test win.

Get King Cricket articles by email.