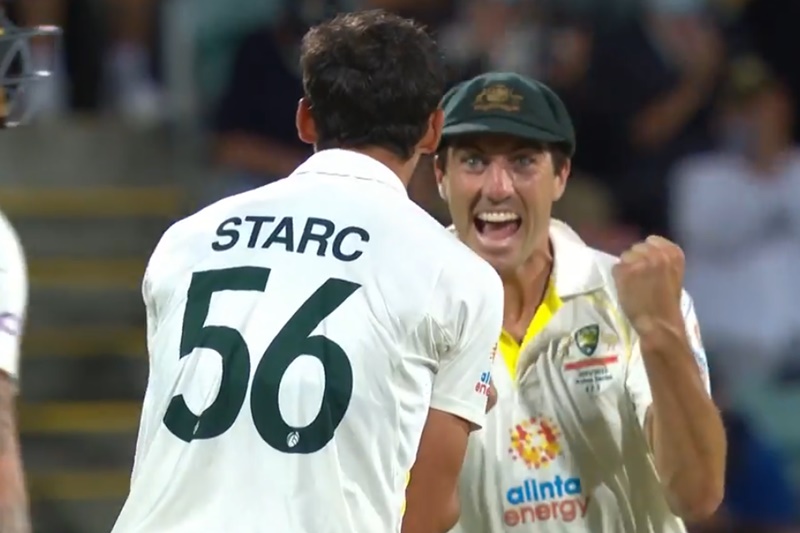 England’s batting average in this series was the lowest in an Ashes series since 1890. Mitchell Starc opened the bowling against them in all five Tests, yet it doesn’t feel like he’ll get his fair share of the credit.

We often think this about Starc. Is that fair? A certain former Australia leg-spinner certainly seems to have it in for him – but we’re not really talking about that. Even the commentators who don’t routinely call for him to be dropped don’t seem to see him as significant as he surely is.

Pristine Pat Cummins was an inadvertent attention-hogger even before he was made captain. Cameron Green and Scott Boland have novelty to draw people’s attention. Starc has been around for 66 Tests and 274 wickets now. He has something of that taken-for-granted wallpaper quality that is also possessed by Joe Root.

Maybe it’s the fact that some of Starc’s greatest attributes are innate. Bowlers who ‘keeping running in’ or who have impeccable accuracy are respected for those things. You don’t earn the same admiration for being 1.96m tall or for being left-handed. But that doesn’t mean those qualities aren’t important too.

England have a bowler with a high release point in Ollie Robinson. They also have a fast bowler in Mark Wood. They do not have a left-armer. Australia have all of these qualities in just one guy.

That’s a pretty big thing. It’s an incredible thing, actually. It’s not just a can’t-believe-your-luck package of rare commodities in its own right, it’s a gift to the rest of the bowling attack too. There aren’t many bowling changes that Cummins can make without the batters immediately being asked a whole different set of questions.

The equation only works if that linchpin can hold his own though. Starc took a wicket with the first ball of this Ashes series and he finished with 19 wickets at 25.36. He played in every match and he bowled 26 overs more than any other seamer.

Imagine having that player and not thinking that he’s a really, really big deal. If we were in charge of Australia, Mitchell Starc is just about the last player we’d think about dropping.

You’re reading King Cricket. You can read us as an email if you want.