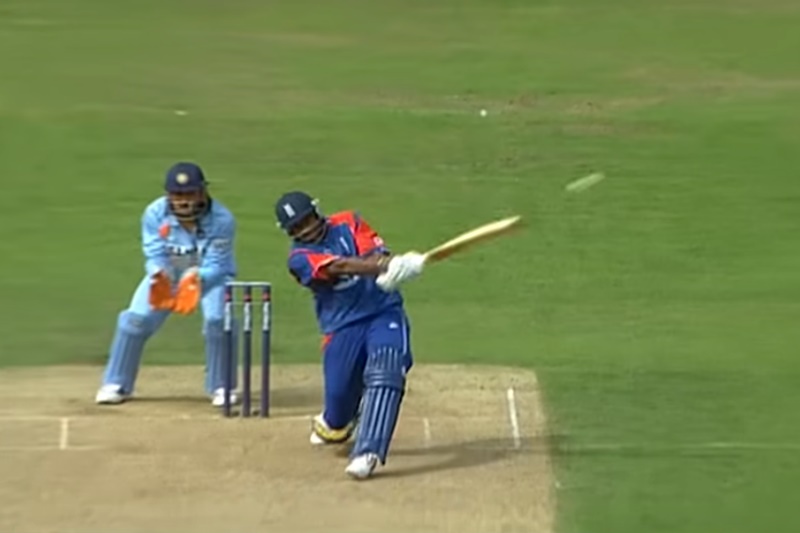 England don’t often find batsman who are pretty good. They have good and great batsmen at the top of the order and they have rubbish and not awful batsmen down the order, but there always seems to be a number eight-shaped hole in the batting card.

In one-day cricket at least Dimitri Mascarenhas fits the bill. Whether it’s Twenty20 or 50-over cricket, there are few England players you’d sooner see arriving at the crease when there’s a couple of overs to go and a total pleading for sixes.

Last summer, against India, Dimitri Mascarenhas finished an England innings with five sixes off the last five balls. Today, against New Zealand in the first Twenty20 match, he hit four in a row off Jeetan Patel.

He’s obviously pretty good at this. In fact, he’s hit 10 sixes in one-day internationals and only one four. We can’t bring the four to mind, but presumably it dropped a yard short rather than being played along the ground.

Mascarenhas also had the decency to justify his place in the team by taking 2-19 from his four overs.

David Lloyd called him ‘Danger Anus’ once. We don’t think that’s caught on just yet.