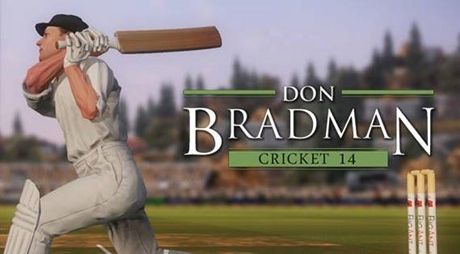 No, you haven’t missed 13 iterations of this game. That 14’s the year. Quite why the year’s relevant when the game’s named after a guy who died 13 years ago is beyond us, but there you go.

It’s unusual to name a game after someone other than a current player, but the Don’s name has a bit of clout. His is also the only name you’ll recognise within any of the teams, although there’s a bit of a workaround there. When you start the game, you have the option to download ‘community’ players and teams which have supposedly been created by other users.

The downside of this is that the developers didn’t feel the need to create approximations of known players. One of our favourite aspects of these sorts of games is the chance to play as Shaun Whiston or Kelvin Petersong. Ah well. Maybe someone in the community will create them for us.

is the best cricket game we’ve played. It’s not perfect, but none of its flaws or bugs are so great that they undermine things and there’s much to enjoy.

We’ve put more info about the mechanics of batting and bowling on other pages to keep this review from getting too long, but suffice to say that both work pretty well – even if the former demands some rather complex manoeuvres with the controller. 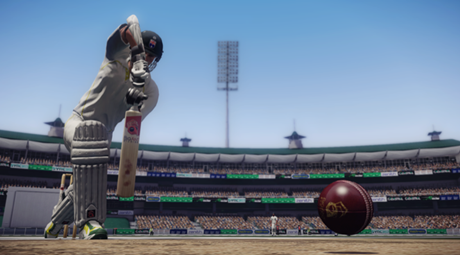 The balance between bat and ball

Every cricket game ever has fallen down in this regard. You might be hitting every ball for six, struggling to lay bat on ball or bowling sides out for single figure scores. When the balance is wrong, it takes you out of the moment and at best this makes the game far less absorbing; at worst, it turns it into a joke.

In Don Bradman 14, batting is harder than bowling, but not ludicrously so. It’s possible to make runs, you tend to make them at a fairly plausible rate and we reckon it could become easier should the complex controls ever become second-nature (they aren’t for us). Bowling is a bit easier, but you still have to work for your wickets, trying different things out to see what works in the conditions.

We spent most of our review of International Cricket 2010 going on about how there should have been a career mode. Perhaps the developers of Don Bradman Cricket 14 read it, because this game has one and there are two huge, huge advantages of that.

Firstly, you don’t get bored of having to play an innings. Real batsmen play one innings and that demands rather a lot of concentration, so why should gamers have to play as all 11 batsmen?

If there’s a downside, it’s that poor batting can lead to career mode becoming ‘bowling career mode’. Get a first-baller and you’ll probably want to go and spend some time in the nets having forgotten how to lay bat on ball. That said, it’s funny how tense you’ll feel when you do next come to the crease. It’ll make you think differently about batsmen enduring a poor run of form, we guarantee it.

Yeah, we’d say so. You can buy it from Amazon

or any of the other places where people usually buy these things.

If you’re in two minds, you can read about batting and bowling in more detail via the links below: