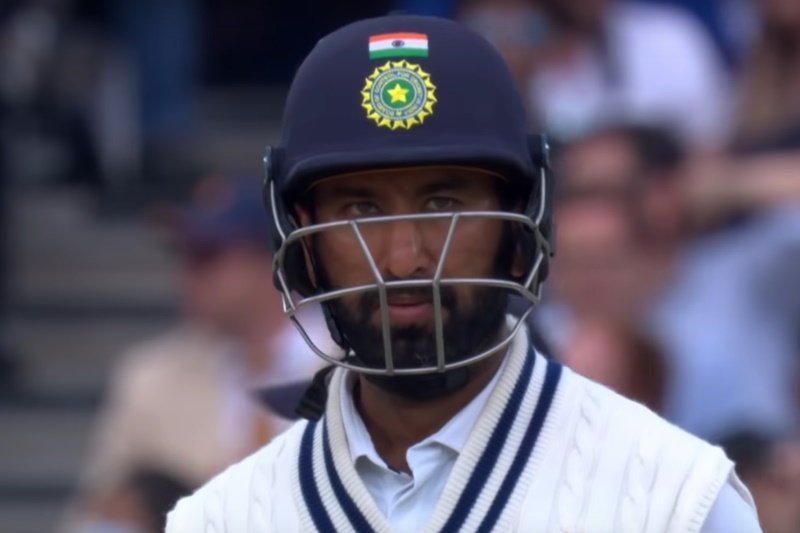 Much is said about Cheteshwar Pujara – we’ve written a lot ourself – but we’re not sure anyone’s ever talked about his ability to persuade you that it rained when it didn’t.

The way it went down was like this. Late afternoon we got a message from King Cricket reader D Charlton, who had taken his daughter to Lord’s for the first time. “Of all the sessions to christen my daughter in Test cricket with…” he said.

Now, with hindsight that sentence’s tone and implication are clear. However, we’d managed the unusual feat of not catching the score that day and so read it very differently.

We rarely set out to avoid knowing what’s going on in a Test match, but if we’re sufficiently busy that we get that close to the close of play without knowing, we commit to that with a view to watching the full highlights in blissful ignorance later on. (It’s worth highlighting at this point the noticeably increased value of an unbroken BBC highlights hour versus a commercial TV highlights hour with all the ads. A BBC highlights hour can feel really, really comprehensive.)

So it was that we pondered the statement, “Of all the sessions to christen my daughter in Test cricket with…” and with no frame of reference, concluded, “This must have been an INCREDIBLE passage of play.”

Cut to 10pm on our sofa and the first stirrings of bemusement when they showed Rohit Sharma hitting a two. “That’s an odd thing to include,” we thought.

As the second session played out before us, there were multiple instances of Pujara playing a forward defensive for no run.

Forward defensives for no run are not a thing you often see in a highlights show. Maybe when one team is battling for a draw or a tail ender is seeing out an over with a set batsman at the other end – but early in the third innings?

What did it mean?

But then as the clock in the TV graphic ticked on towards tea, it slowly dawned on us.