Michael sent us this picture, the title above and nothing else: 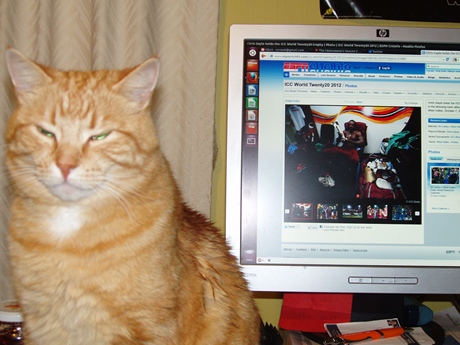 Our unquenchable thirst for information led us to ask whether Laszlo was named after a fictional character mentioned by Troy McClure in a Simpson’s episode.

“He’s indirectly named after the cinematographer, but mostly I just liked the name Laszlo. He usually gets on the desk to remind me that he hasn’t been fed for at least several minutes. If the location matters, we’re in Wellington, New Zealand.”

We were completely satisfied with this reply and therefore posed no further questions.