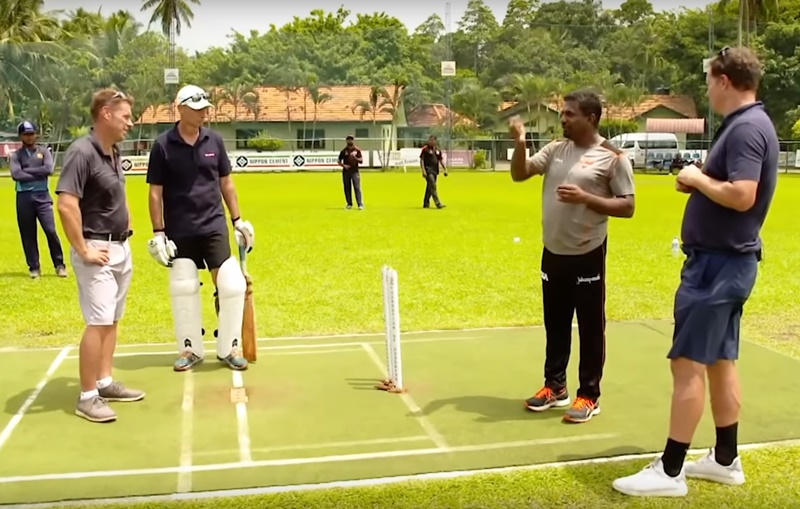 A few days ago, we mentioned on Twitter that we aren’t likely to run out of things to write about for as long as the whole history of Test cricket has still happened. You may have noticed we’ve been doing a few more features of late and that’s just fine with us.

The absence of cricket is a funny thing. While the drama of unfolding sport is obviously its main draw, many of us also enjoy the dissection side of things and all the extra time and space afforded by everyone being bolted up in their homes has allowed for plenty more of that.

In no particular order, some of the things we’ve recently enjoyed have been The Final Word’s Nasser Hussain interview, Jarrod Kimber’s various new things and some of the longer videos uploaded to the Sky Sports Cricket YouTube channel.

We’ve been a patron of The Final Word for quite a while now and we’ve got to be honest, we don’t listen to every episode. We’re not actually a big podcast listener because there aren’t many times where they fit with what we’re doing.

But then the way we see it, we don’t really chip in for each episode. We do it so that every now and again Adam and Geoff can do something like spending 90 minutes talking to Nasser Hussain about his career and the players of that era. It’s a very fine episode. (We imagined that we were in the pub with the three of them and that we were simply too intimidated to become actively involved in the conversation.)

Jarrod’s got a podcast too. Several, in fact. It’s all part of his own Patreon campaign, the most intriguing element of which promises to be his new YouTube channel. Early days on that, but you can already see what he’s doing and it’s a niche that needs filling.

Not that YouTube is short of cricket content exactly. Things have moved on from the days when Robelinda was the only person uploading anything. These days the various boards are churning out old highlights, packaged up according to various themes and durations.

Sky’s cricket channel is our favourite though.

There are two things that are great about it.

Firstly, they’re doing video podcasts. There’s this one about the Nineties, this other one about Bob Willis and then this one from the other day where Nasser Hussain (him again?) and Rob Key basically just bicker for half an hour, which is very entertaining indeed if you’re in the right frame of mind (about two pints deep, is our recommendation).

They’re adding a follow-up to that one tonight, looking back on the simulated Test that they played and which Key very obviously thought was a load of old cobblers from the outset.

The other great thing they’re doing with the channel is they’re uploading a bunch of their documentaries and ‘masterclasses’ – almost all of which are brilliant.

Anyone who had access to Sky Sports last summer won’t be able to forget the excruciating “because they’re my mates!” ad for the KP: Story of a Genius thing that they did.

Most of that’s on there now. They seem to be adding a 20-minute segment once a week.

The Murali masterclass is on there too. The first part takes a while to get going, but the second half is class.

There’s others too. Just look for anything that’s a decent length and it will probably be worth a watch.

The current lack of live cricket is rubbish, but if you’re getting free access to videos dissecting Murali’s bowling technique and approach, the sporting entertainment available to you could be considerably more shit.

We’d be very happy to hear recommendations from you guys in the comments.