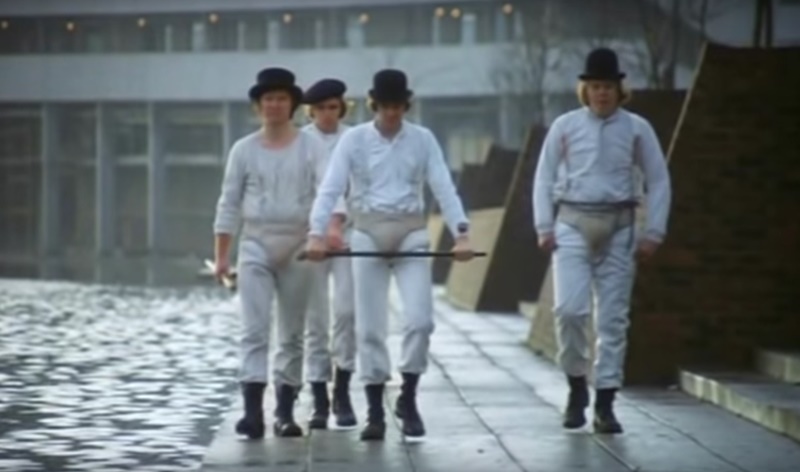 Wisden makes a cameo appearance in A Clockwork Orange. Thanks to Andrew for pointing this out to us via Twitter.

The Wisden bit is of course not the only time cricket features in the film.

Malcolm McDowell said: “One day, I asked Stanley [Kubrick] what my friends the ‘droogs’ were going to look like. He said: ‘What have you got?’ I said: ‘The only thing in my car is my cricket bag.’ So I put my whites on. He asked what the groin protector was, and when I told him, he said: ‘Wear it on the outside!’ That became the look.”

Anyone know if Malcolm McDowell was any good at cricket?