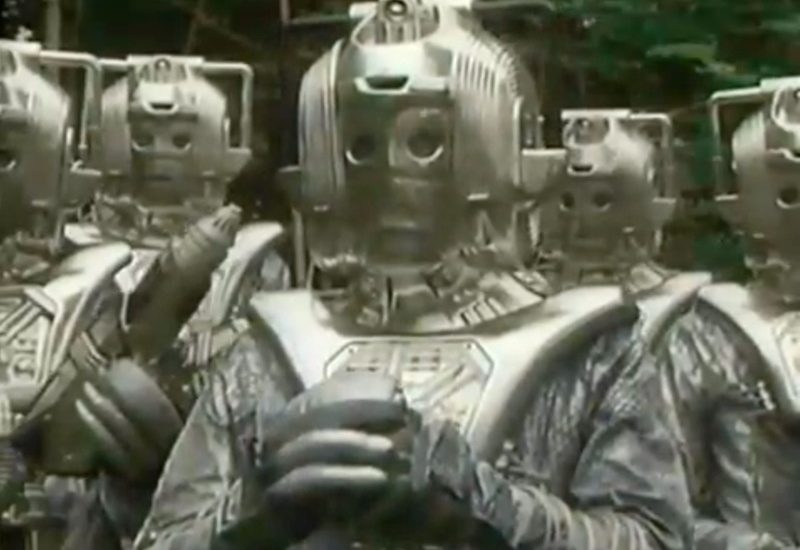 Andrew pointed out to us that back in the Sylvester McCoy era of Doctor Who, the Cybermen wore batting gloves sprayed silver.

The Cybermen are a species of emotionless space-faring lads who’ve swapped out most of their soft fleshy body parts for metal ones.

That’s got to be a wise move if you’re likely to be facing express pace bowling.

They aren’t exactly twinkle-toed though. You’d fancy skittling them with a bit of spin.