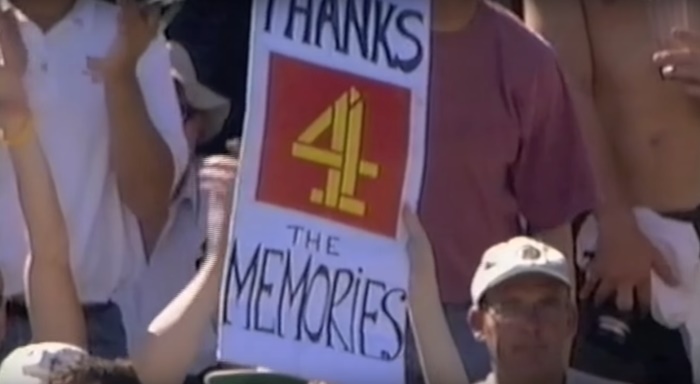 At the time of writing, we’re still at “it is understood that” with no official word from the broadcaster and the unit of measurement for the countdown about to shift from days to hours.

Lizzy Ammon reported in The Times that Rishi Persad would be presenting. Going off how he performed for a fortnight back in 2007, he’s okay.

We saw another report that Alastair Cook would be involved and Nick Knight also got a mention in the comments of this website yesterday. We haven’t felt compelled to google that one yet.

The other big issue surrounds the use or non-use of Lou Bega’s Mambo No.5 as the theme tune.

Mambo No.5 is a funny one in that it is a song that is very much of its time. This quality made it a terrible choice when Channel 4 last broadcast cricket because you want something timeless rather than a song that was number one in most countries on Earth only the other day.

But now, almost 16 years later, that very same quality means it perfectly captures a moment. Some people feel similarly about it now to Soul Limbo, the tune used by the BBC.

Will Channel 4 use Mambo No.5 for their (very probably) upcoming coverage? Well they didn’t use it during the World Cup. But then maybe World Cups are different.

The next episode of The Ridiculous Ashes is out

That’s the podcast we do with Dan Liebke if you don’t know. It looks at ridiculous things that happened during Ashes series. It’s not a complicated title.

We’ve not listened back to this latest episode about the fifth (but not final) Test of the 1997 Ashes this morning, but we do remember that it features Shane Warne’s definitive off field moment.

You can find all five episodes here.

You may also wish to get our articles by email ahead of this India v England series. You can do that here.