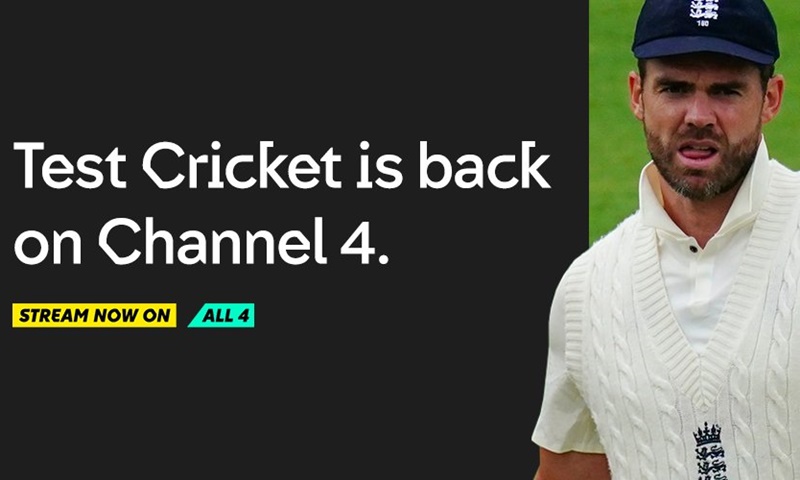 Earlier this week, Channel 4 weren’t due to broadcast the Test series between India and England. Then, suddenly, a couple of days ago, they were. This doesn’t represent a great deal of prep time. How did day one go?

Let’s take look at the live coverage, the studio bits and the highlights*.

The first and most important thing to note is that Channel 4 aren’t doing the live coverage. They’re just taking Star Sports’ feed and showing that.

The commentary seemed weirdly England-heavy a lot of the time with Nick Knight taking the lead. The nature of much of the day’s play denied Knight his beloved, “Should be four… is four,” and he was at times reduced to saying interesting things.

Mark Butcher was another former England player to feature and he is generally good.

Some of the other commentators are harder to assess. We long ago lost the ability to even hear Laxman Sivaramakrishnan because our brain has come to interpret the first sound of his voice as, “banalities incoming – stop listening”.

Back in the Channel 4 studio, we got presenter Rishi Persad and Sir Alastair Cook and no-one else.

It was weird and perhaps not all that helpful to have proceedings refracted solely through the eyes of Cook. While he was incredibly successful as a batsman, Cook is a man who approached the game in a very, very particular way.

His view on Rory Burns’ dismissal to a reverse sweep seemed to sum things up. “He didn’t need to play that shot,” he kept saying.

We know, Alastair. There are plenty of things cricketers don’t need to do, but that is not all that risk-reward analysis boils down to.

Another voice to temper Cook’s conclusions would be good. Maybe once they’ve bought another armchair they’ll give us that.

Maybe the budget will stretch to a full sofa.

One thing we did like was that they recapped the morning session an hour at a time, which gave the viewer a better feel for how things unfolded. They showed quick highlights of the first hour and then spoke about it before doing the same with the second hour.

By their very nature, short highlights can camouflage spells of digging in, so this is helpful.

We just watched them and… it’s just a load of highlights. They don’t do any kind of discussion thing afterwards and there’s barely any kind of introduction before.