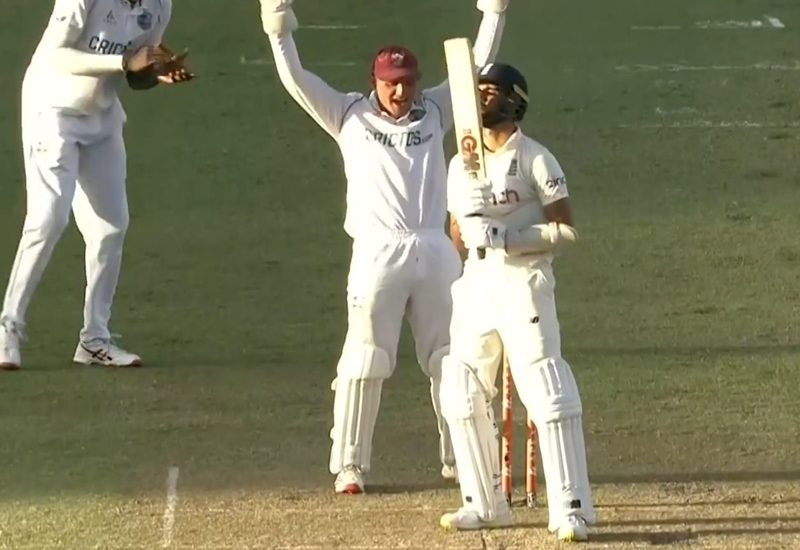 It’s probably best to avoid extrapolating from that England innings in a bid to predict the course of this Test match.

What did the day’s play tell us? What does it mean? There are probably too many variables for it to tell us anything.

West Indies won the toss and bowled. Did Crawley simply fail to accept that he could find himself facing medium-pace in the 13th over? Did he forget that you could be caught out by fielders in cricket? Maybe it was the lethal power of Kyle Mayers’ scrambled seam, but he just looked like a batter who’d been incorrectly calibrated.

A pretty even mix of great deliveries and nonsense followed that first dismissal until we quite quickly reached the 10th wicket partnership – and what that passage of play tells us is anyone’s guess. Number 11, Saqib Mahmood, top-scored in the innings with his highest first-class score, while number 10, Jack Leach, was the unbeaten man and second highest scorer.

Impressively, this only barely gets onto the podium of silly Jack Leach innings behind that time he scored 92 opening the batting in the second innings after coming in at 11 in the first and that time he made 1 not out.

Here he played your classic obdurate Leach innings. The lad’s a fighter.

But what was he up against? The great surprise was he didn’t hit his own wicket through dizziness. Jarrod Kimber pointed out that at one point the West Indies had used seven bowlers in 16 overs. This is bowling at 10 and 11 when quite often one bowler is sufficient.

It was fun tail-end cricket. Top shots, drops, byes and liberal use of the verb ‘squirt’ by the commentators – a hallmark of all the great last wicket partnerships.

And now the West Indies will bat and you can be pretty confident it will go differently.