Tom sent us a photo of a cat named The Perundi who he was temporarily looking after over the festive period.

“Here you can see the cat showing significantly more attention to the radiator than to a nearby letter, signed by no less a man than the late, great Sir Don Bradman.” 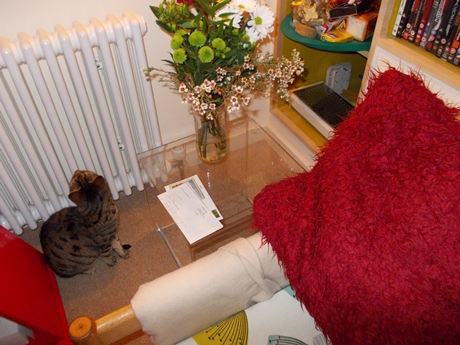 But that’s not all.

“Out of shot, Sky are showing David Warner carving yet another medium-paced long-hop over gully for four.”

Tom also highlights a clear difference between man and cat.

“I considered taking another, less awkward, shot, but got distracted by the cricket.”

The Perundi would NEVER be guilty of that.