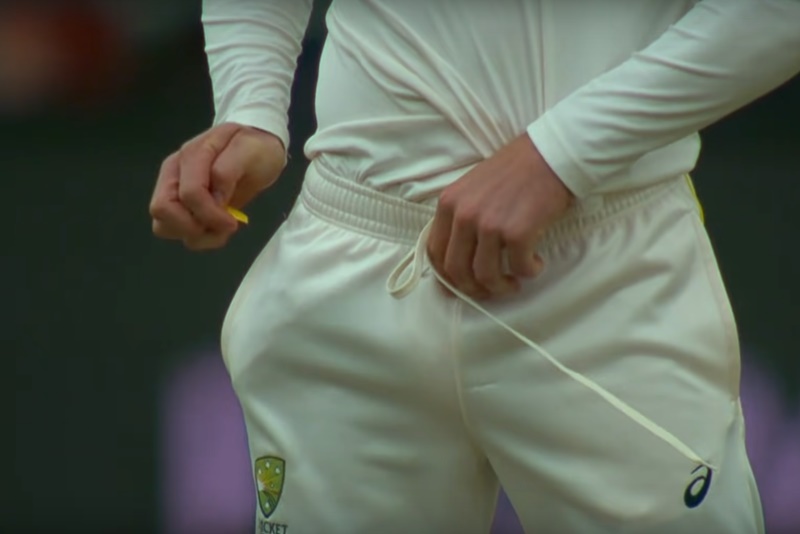 So some of the bowlers did know? “Uh … yeah, look, I think, yeah, I think it’s pretty probably self-explanatory.”

It’s hard to say whether Cameron Bancroft finally grew weary of pretending that it was only he, Steve Smith and David Warner who knew about the sandpapering or whether he felt like enough time had passed that unspoken common knowledge could now be half-spoken without anyone really reacting to it.

Either way, there’s been a reaction.

Last week Bancroft answered a question from the Guardian’s Donald McRae in a way that very strongly implied that Australia’s bowlers knew about that naughty sandpapering he did.

In response, Cricket Australia has somewhat improbably tried to claim, ‘Really? This is news to us.’ The organisation has also “reached out” to Bancroft via their ludicrously overblown “integrity unit,” inviting/daring him to provide more details.

The sheer ludicrousness of Cricket Australia’s position – that there was “a very thorough investigation” after which “actions were taken” – brings to mind that all-time great quote from Stuart Broad.

Almost immediately after the initial story broke, Broad oh-so-innocently made a point about how much Australia had got the ball to reverse in the Ashes. “I saw Steve Smith in his press conference say it’s the first time they’ve tried it, which to me seems really surprising they’ve changed a method that’s been working,” he said.

Broad’s point was that of course it wasn’t a one-off, of course they’d done it before. Most people in cricket seem to accept this is the case. However, they don’t pursue it because if you start pulling on every last thread when it comes to alteration of the condition of the ball, pretty soon there’s no V-necked cable-knit jumper left.

To massively generalise for a moment, world cricket essentially concluded that Australia had gone too far and now had a major PR problem and that it would just have to work out how best to manage this on its own. Also, whatever Australia ultimately decided to do, if there were any repercussions afterwards, it would have to deal with those on its own too.

In its finite wisdom, Cricket Australia opted for lengthy performative bans for three high profile players and hoped that would be sufficient penance for the cricket team as a whole. ‘It just happened once and just these three guys and we’re going to come down on them super hard,’ was essentially their position.

It was an imperfect outcome that hinged on everyone agreeing to accept that bollocks account of things on the basis that the team was choosing to sabotage itself for an unexpectedly long duration.

But now, a couple of years down the line, Cameron Bancroft has effectively acknowledged that the official account is horseshit. Whether he realised what he was doing or not, the upshot is that it makes it a lot harder to pretend, meaning Cricket Australia will now have to undertake another round of ostentatious thread-pulling.

Did you know you can get our articles by email?