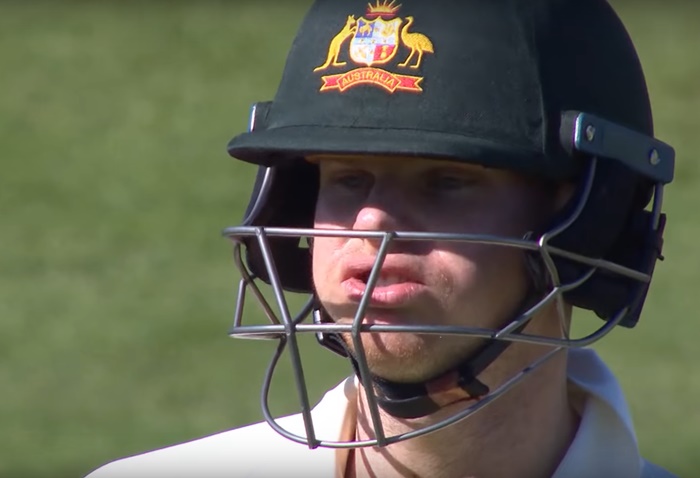 International cricket’s longest-serving stand-in Test captain, Tim Paine (oh come on, he is), has been talking about whether Steve Smith could one day replace him.

Paine told Cricinfo that when he first came into the Australia Test team, Smith was, “growing into that role and getting better and better. Then obviously South Africa events happened and he’s not doing it anymore. But yeah I would support him getting that job again.”

That’s an incredible synopsis of Smith’s captaincy tenure, isn’t it? He got the job, he was growing into the role, he was getting better and better, and then events – specifically a bout of Australian cheating that was fully approved by Smith, followed by him telling weird lies about that cheating – just ‘happened’.

Despite this, Paine’s comments on the matter are actually of less interest to us than those of Smith’s ‘mentor’, Maurice Duffy – a ‘mindset coach’ who has up until now escaped our attention.

Duffy’s approach is built around his conveniently alphabetical ABCDE methodology. This stands for awareness, belief, courage, delivery and emotion. No doubt his teachings can work wonders for the kind of person who doesn’t instantly vomit their own pancreas out when exposed to phrases like ‘develop a winning mindset’ or ‘drive your performance’ but we’d have to say that on balance, it’s not for us.

“It would be a tragedy right now if he didn’t get the opportunity to be captain again,” Duffy told the Sydney Morning Herald in 2019 – shortly before launching into a list of largely impenetrable reasons why this was the case.

“He owns himself much more now,” explained Duffy. “He has an inner calmness. He owns his own feelings a lot better now. He’s much more in control of himself. I think he’s got a better outlook on life right now and I think he appreciates hugely what has been given to him.”

Self-ownership is not, to our knowledge, considered a good thing in this day and age. A ‘self own’ is in fact defined by the Cambridge English Dictionary as, “a statement or an act in which you unintentionally embarrass yourself or harm yourself in some way.”

If Duffy is correct that Smith “owns himself much more now” then that is a very enticing prospect indeed and yes, Australia should definitely make him captain again immediately.