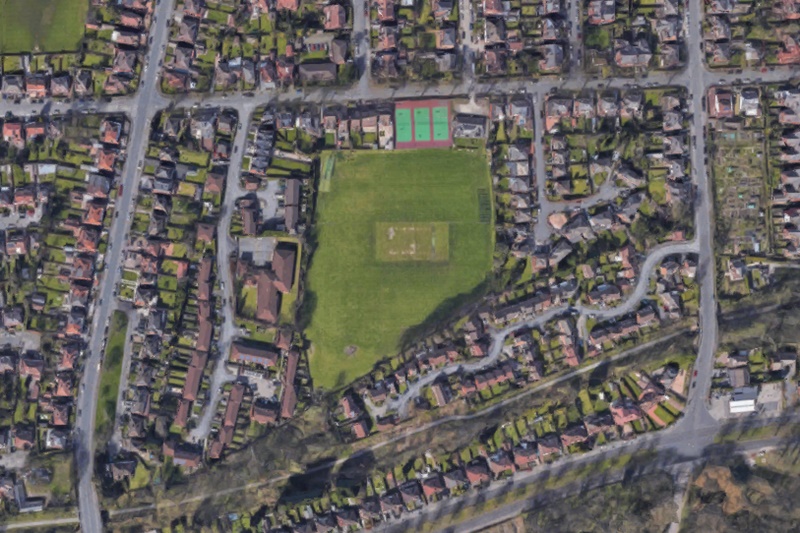 If The Hundred wasn’t enough, 2021 has thrown another new format my way: junior pairs cricket.  Even having negotiated ever-shifting bonus points systems and playing regulations in club cricket for years, this came as a bit of a shock.

This is the scoreboard at the end of the recent game against Sale. I don’t have any photos of the Stretford game so thought this would do.

In U10s pairs cricket, you start with 200. Teams are 8-a-side and everyone bowls two overs. Batters (it’s boys and girls) bat in pairs for four overs each. If you’re out, you carry on but lose three runs. “Runs, they’re called runs in cricket, not points.”

Wickets can’t be recorded on the scoreboard as they always go past nine. And the game doesn’t stop when one team has won. You just carry on to complete the 16 overs. Overs can only last a maximum of eight balls even if there are a succession of wides or no-balls.

There’s a soft(ish) ball, yellow, and nobody wears pads but some wear gloves, apart from the keeper.

Is it aimed at a new audience? What about existing cricket fans?

Range batted first and made a decent start. But then one pair were dismissed six times in nine balls for a punishing -18. Cue much bat throwing.

One of the great nervous parent moments came when our son batted for the first time ever, neatly clipping one through midwicket first ball. After reaching a busy 8 not out, he was bowled last ball by one that bounced at least three times.

Stretford faced a target of 239 and started slowly. But then one of their players – a giant who I’d unwisely referred to as “the beast” in front of the parents – took control. Our son took a catch behind the wicket off the bowling of our Lancs U10 player. It was tight. A technically impressive display from their impressive 7-year-old put Stretford ahead.

With four balls left, there was still a sniff of a chance, but Stretford held out, winning by 10 runs even though they batted second.

Everyone wore white and the teams didn’t have daft names.