Send your match reports to king@kingcricket.co.uk – but on no account mention the cricket

What does it take to make a Lord’s Test match quintessentially Irish? (a match report)

END_OF_DOCUMENT_TOKEN_TO_BE_REPLACED

What was it like to go and see Hampshire v Somerset in the 2019 Royal London One-Day Cup Final?

END_OF_DOCUMENT_TOKEN_TO_BE_REPLACED

What was it like to watch New Zealand v South Africa at the Basin Reserve? (a match report)

END_OF_DOCUMENT_TOKEN_TO_BE_REPLACED 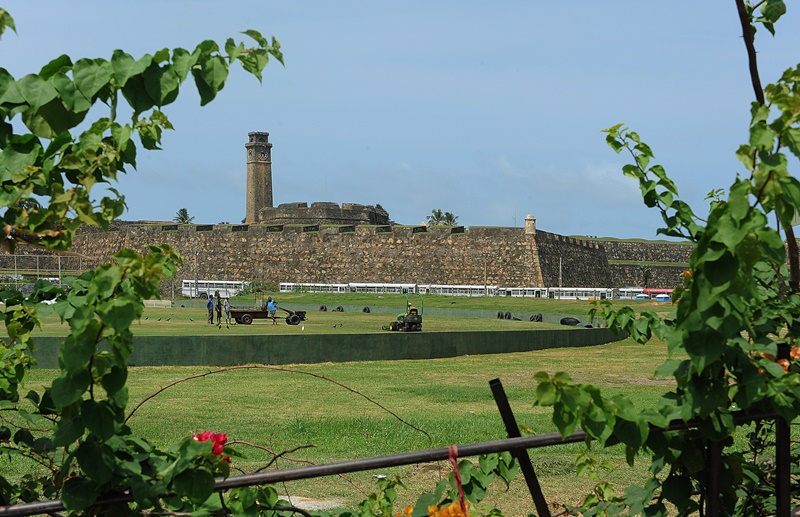 END_OF_DOCUMENT_TOKEN_TO_BE_REPLACED

My plan for the day was to have a real tennis lesson at 10am and stay to watch the finale of the Middlesex v Durham match. But Middlesex decided to bring an end to those proceedings the day before.

Plan B. Real tennis lesson at 10am, then scoot from Lord’s to Radlett to catch at least two sessions of dinky-doos play there (Editor: We have no idea what this means, but sometimes it’s just better to publish and hope that no-one uncovers your ignorance than actually ask for an explanation.) To my shame, I had still not been to Radlett, despite my constant intention to get round to it since my last aborted attempt, reported on King Cricket years ago.

After the lesson, I returned to Dumbo (Editor: Ged’s car) in Car Park No. 6 to find Paul Collingwood, in his Durham track suit, loading up an Enterprise van with Durham kit, much of which was piled up in front of Dumbo.

I threw my measly tennis kit in the back and turned on Dumbo’s engine. Colly gave me a look of exasperation and started moving the kit that was blocking Dumbo’s way.

“Smart move,” I said. “You don’t want any of your kit inadvertently run over, Colly.”

Colly didn’t smile. He looked in a thoroughly bad mood for some reason.

I added to the bad mood by then remembering that I needed to book Dumbo in for his MOT and service, so I got out of the car to get my diary, fiddled around for a few minutes making that call and then drove off.

Dumbo suggested that he or I might write up that Colly encounter for Cricket Badger (Editor: Now Wisden Cricket Weekly). Indeed, you might well have read about it in that esteemed organ before you read this.

Dumbo got very excited when we drove into the Radlett car park, as you could see the field of play just beyond a low hedge. Regular readers will know that Dumbo is constantly trying to repeat his first cricket experience, at Clontarf, Dublin, where he could actually see the field of play. That is hard to achieve at, e.g. Uxbridge and/or Lord’s.

Radlett is a lovely ground and that day was a beautiful day for being around cricket. Michael Atherton was putting his son Josh through his paces in the nets – a fairly regular school holiday sight at Radlett, I am told. As one of the Middlesex regulars put it to me: “You get a very good class of father and son playing in the nets here at Radlett.”

The afternoon passed remarkably quickly. I didn’t get as much reading done as I had intended but I did chat well with some of the Middlesex regulars, who are always good company.

On the way back into London, at the end of the M1, Dumbo started coughing and spluttering. He’s been doing that intermittently of late. Perhaps the excitement of seeing the cricket had been too much for him. Probably just as well I had booked him in for that service. 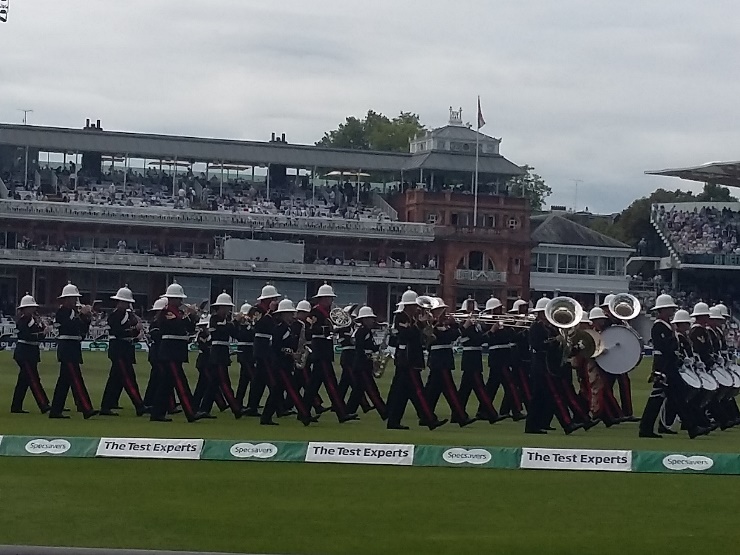 I had stayed in London the night before, so got to Lord’s early. I was frisked by a security chap who was pouring with sweat.

He replied: “It’s the menopause” – a line I suspect he was using liberally.

After a saunter and a coffee I got to my seat in the front row of the Edrich Lower Tier. I was pleased to find that I was sitting one seat away from the same man that I had sat next to at the Pakistan Test. We shook hands, pleased at the coincidence.

Just before start of play a slightly flushed and haughty woman told me I was sitting in her seat.  She was right and I told her not to panic. I moved down the line and settled down again.

I blamed my simple seating mistake on feeling a bit spaced out after drinking liberal amounts of wine in a Spanish restaurant in Farringdon on Friday night and then more wine back at the hotel where I met a young buck who was getting married in St. Paul’s Cathedral the next day. He said he was getting married there because, “my old man broke the land speed record.”

I wondered what the criteria was for getting married in St. Paul’s and suspected that my 1993 cycle ride from Worcester to the Forest of Dean on a 1925 Triumph road racer with inverted lever brakes in heavy traffic probably wouldn’t cut the mustard.

I found out that the woman seated to my left lived in the same area of Norfolk where I spent my childhood.

At the start of play I put TMS (Test Match Special) in my ear and was pleased that I had got a Saturday ticket under clear skies.

My companion to my right was quiet until I decided to take my shorts off. I’m not bashful about these things.

“Are you going to do a streak?” he exclaimed.

I dispelled the possibility after a few seconds of thought. (I was well placed to do a dash from the front row and the steward was nodding off behind his sunglasses). It was cold.  I wriggled into the jeans and shoes I was wearing the night before. It wasn’t a day for flip-flops.

My lunch was two rounds of Co-op ham and mustard sandwiches washed down with one of my half-bottles of claret which I keep aside for cricket matches.

Someone behind me said, “He’s drinking red wine, this rosé is gay.”  A positive appraisal, no doubt, in times gone by.

At one point in the afternoon, a lazy stream of spilled cider made its way down from our right, soaking the bottom of our bags. Squeezing the bottom of my bag and smelling it I said to the man on my right: “That’s cider, mate, definitely cider.”