This is quite simply the worst picture of all time. 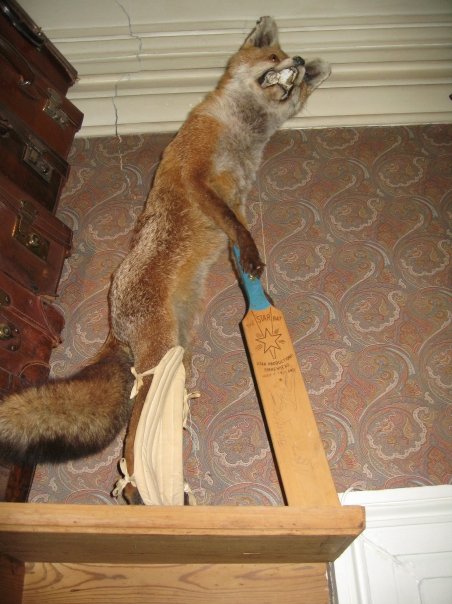 We are properly terrified of dead animals. We can’t stress this enough.

Stuffed animals are far and away the worst. It’s the thought that they might move. They never do, but that’s the worst part. They’re frozen with that ominous potential for movement. It’s so menacing.

Thanks to Maria for the picture. It was taken at The Inn at Whitewell, near Clitheroe. Maria says that it’s a really nice place, which it clearly – CLEARLY – isn’t.

So, to reiterate: this fox and this cricket bat – they constitute the worst picture of all time.