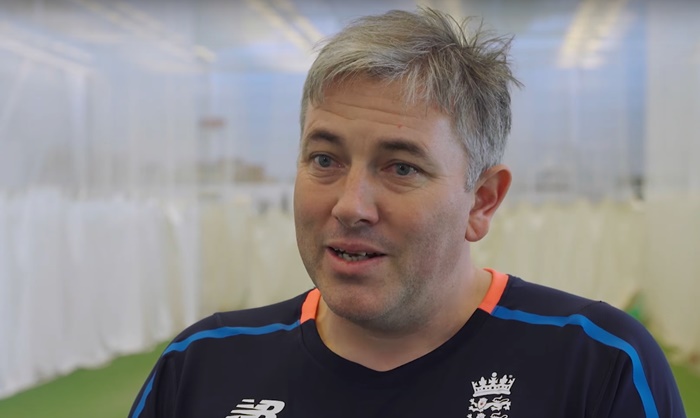 After sacking their director of men’s cricket, Ashley Giles, earlier in the week, England have now sacked head coach Chris Silverwood too. Who will follow him? If you have separate captains for different formats, you probably need separate coaches too.

In the early days of this website, we had a guideline for ourself. As we were writing, we would intermittently remind ourself: “No-one cares what you think.”

We all have opinions and it’s easy to get sucked into kidding yourself that people actually give a toss about them. But mostly they don’t. If you’re writing a website, and you’re just some guy who works in a warehouse, your opinions on who should be picked for the England cricket team or whatever aren’t really a selling point for your work.

“No-one cares what you think.” It’s quite a tough guideline to stick to – particularly once you’ve spent a great many years closely following and writing about the sport. We break it all the time, but we still keep it in mind in the hope that it at least tempers self-indulgence.

We’ve got this other rule too: No-one cares what your writing philosophy was back when you self-published a cricket website that hardly anyone read. So let’s get back to the matter at hand, which is England needing a new coach.

Some people were doing interviews and pitching for Silverwood’s job even while he was still in it. This seemed unnecessary. Struggling or not, Silverwood is pretty much universally considered a decent human being and surely entitled to a bit more respect.

And who wouldn’t have struggled? We weren’t particularly a fan of the way he ran the Test team with Joe Root, but that wasn’t the only team he ran. In a world where T20 statistical analysis alone can be a full-time job, he also ran that team and the 50-over one and was head selector for all three. Throw in a worldwide pandemic and increased restrictions on what his players were allowed to do during their endless world tour and honestly, who’s coming out of that with their reputation enhanced?

Ashley Giles was sacked in large part for putting him in that position. Silverwood was mostly sacked because of the Test team.

Because England’s white ball teams remain strong really. They reached the semi-final of the T20 World Cup with a whole bunch of key players missing. They beat Pakistan in a 50-over series with their B team. There’s a tendency to write those things off and say, “Oh, well Eoin Morgan’s in charge of those teams anyway” – but that’s the gig, isn’t it? The job of the head coach who works alongside Morgan is to help out where necessary and not derail things.

Should England have separate coaches for red and white ball cricket?

This question gets asked a lot and people answer it in a really weird way. They tend to look at the differences between the formats or the overall workload that would be imposed on a coach who was in charge of everything.

It’s much simpler than that. Captaincy answers the question.

Another common question is who is the more influential figure in the running of a cricket team: the captain or the coach? Ageing former Test cricketers in particular tend to have really strong feelings about how things should be. “It’s the captain who has to take the team onto the field,” they say. “At the end of the day, the buck stops with him.”

Which is true – but then it’s also true that some captains do a lot more than others. That’s the way things work in practice. The job of the coach is to do whatever’s left. Maybe that means little more than laying the cones out for fielding drills or maybe it means devising some grand strategy and identifying, moulding and managing the players who could bring it to fruition. Most likely it’s somewhere in between.

The point is that it’s captain-coach leadership that needs to be whole and effective. It’s a two-part jigsaw and the idea that one coaching part could perfectly fit two different captain parts makes little sense to us.

Independent and single-minded and a product of multiple cricket cultures, Eoin Morgan seems to require little more than a sounding board; someone to give him a second opinion on things. In contrast, as a lifetime traveller on England’s pathways with minimal experience of other cricket worlds, Joe Root often requires someone to present him with a first opinion.

That’s not meant as a slight on Root. It’s just to highlight that he has very different needs when it comes to a captain-coach partnership.

If you have separate captains for different formats, you probably need separate coaches too.

That’s what we think.