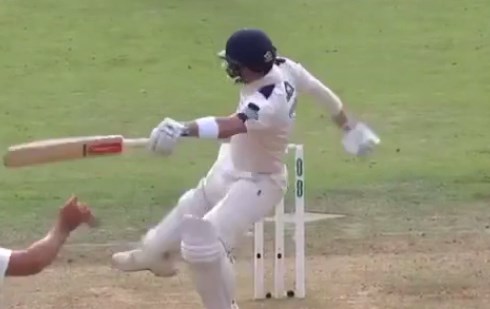 Pretty much. That’s the gist anyway.

A Somerset draw would open things up a bit, but that doesn’t seem too likely at present.

If we’re to update yesterday’s mud-slithering analogy, we’re not entirely sure who’s closest to the MacGuffin, but we’ve a fair idea who’s furthest away.

Yorkshire can still see it and they’re still moving, but having to pick up that extra item is a bit of a bugger for them. The extra item is bonus points in real life; in Mudland it would maybe be a pair of gloves with a special MacGuffin grip on the palms or something like that.

Whatever it is, if they’re to acquire it, they are almost wholly reliant on Tim Bresnan, a man who has only now, at the age of 31, finally reached the age that everyone always assumed him to be.