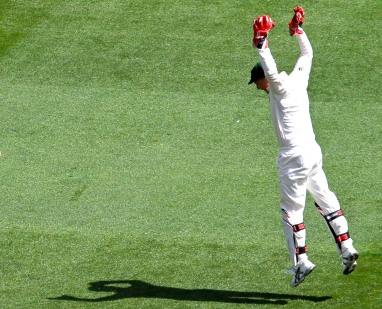 Brad Haddin has primarily been brought back as child minder, but he does average 45 in Ashes Tests and he does look like an Australian wicketkeeper, which is more important than you might think.

There’s a chance that Matthew Wade might play as a batsman, so it’s safe to assume that as a keeper, he can bat, even if being one of Australia’s best six batsmen isn’t quite the accolade it once was. Quite frankly, Australia’s top six batsmen are probably the same as six years ago – it’s just that most of them happen to have become ineligible for selection through retirement.