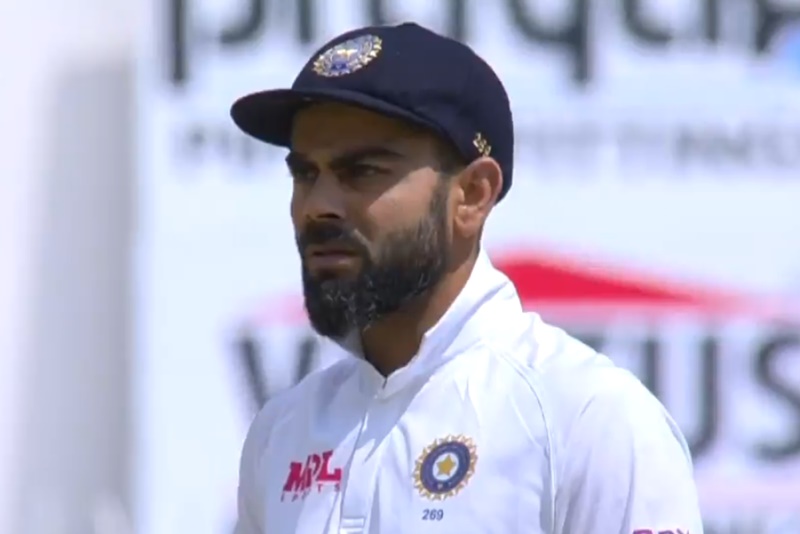 Virat Kohli is a man who struggles to come to terms with being bowled.

We assumed we’d already seen Kohli’s finest “I’ve just been bowled” face. And maybe, for a pure, single facial expression conveying sheer bafflement that such a thing could possibly have happened, the face he produced after Adil Rashid hit his stumps is still the best.

But when Kohli was clean bowled for a duck by Moeen Ali? Well that was a whole big thing all of its own. That was a thing we’re going to have to take a detailed look at right now.

This was the sequence of events.

The first thing that happened was that Moeen Ali clean bowled Virat Kohli through the gate with a fiendish delivery.

After being clean bowled through the gate by Moeen Ali, Kohli made this face in response.

There was a distinct note of “wow” about Kohli’s face when he was bowled by Adil Rashid that previous time. On that occasion you’d say the look was disbelief with an undercurrent of shock.

This time around disbelief tussled with confusion for supremacy – “wow” didn’t get a look in.

“Did that… happen?” he asked the umpire and Rohit Sharma, using body language alone.

Then, still visibly grappling to accept what had happened, he asked them much the same thing using words.

Then he turned round and checked his stumps.

Then he checked with Rohit again.

“Did that happen? Did that ball really just bowl me?” he asked the cosmos.

“No,” he eventually concluded. “No, that did not happen.”

And so he stood there.

So he did. He stood there. And waited. And he stayed standing there for quite some time with his stumps spread behind him.

That is quite the move. You need quite a bit about you to see reality unfold, weigh up your response and then say “no” to it – just flat-out “no”.

Only then – only once the word “out” had been shown on a massive great big digital board in the ground – did India’s captain reluctantly accept reality and walk off the field.

Let’s be honest, you’ll eventually succumb to our repeated hectoring recommendation that you sign up for our email, so you might as well get it over with and do it now.