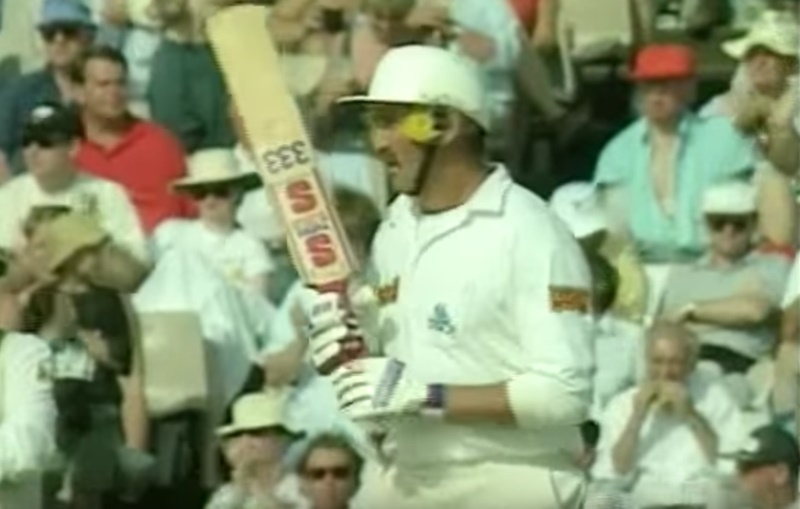 Which cricketers performed best after the age of 35? Let’s put them into a team.

If middle-age is about anything, it’s about attributing all of the failings you already had to the ageing process.

This kind of ageism is great – but not if you’re a sportsman.

Cricketers don’t get any leeway once they’re over 35. If they’re coming back from an injury or in a patch of poor form, people are quick to conclude that they’ve ‘had it’.

“His eyes are going,” they say. “The hunger’s gone. The body’s letting him down.”

More than the physical challenges, it’s this tendency to write people off that makes sustaining a Test cricket career into your late-30s and beyond such a challenge.

Age is a funny thing though. Not everyone’s affected in quite the same way.

There’s a phenomenon in amateur triathlons where age categories don’t really make much sense. As long as you’re not competing in the Olympics or anything, you’ll probably have it quite easy as a 20-something triathlete. Move into the over-40s category though and Jesus Christ…

So here’s our All-Time Greatest Middle-Aged XI. Unless otherwise stated, stats are for matches played after the age of 35.

No middle-aged person has made more Test runs than Goochie and 3,958 of them were made as opener.

Gooch actually made more runs after he turned 35 than before.

Geoff Boycott is the second-highest run-scorer as a middle-aged opener with 3,535 runs at 47.77 (10 hundreds. However, we had to do something to exclude him, so we went with Jack Hobbs, who made 2,792 runs as opener at the VASTLY SUPERIOR AVERAGE of 55.84 (nine hundreds). (Obligatory mention for Vinoo Mankad too who averaged exactly 50 as an over-35 opener. He always seems to crop up in these pieces.)

Further reinforcing his case, Hobbs made eight Test hundreds in his forties and scored his final one when he was 46, which is still a record.

If the footage below was shot when he retired from first-class cricket, he’d have been 52.

He looks in decent nick.

If there was one mistake Don Bradman made in his career, it was to start playing for Australia at too young an age. If there was another mistake he made, it was to retire from cricket too young.

When viewing Don Bradman’s career as a whole, we all know he is 99.94% a failure, but after the age of 35, it is equally clear that he set modern sporting standards by giving 105.72%.

No-one has scored more runs at a higher average than Kumar Sangakkara after the age of 35.

Shiv’s middle-aged runs also count double because for most of that time he was playing in a team that was not actually very good at cricket.

Only two other players have achieved the middle-aged double of taking 50 wickets and scoring over 1,000 runs after they turned 35.

One is Raymond Illingworth (1,380 runs at 25.55 and 87 wickets at 28.14). Almost inevitably, the other is Vinoo Mankad (1,313 runs at 36.47 and 88 wickets at 34.07). There really is no weirdo utility player stats table Vinoo can’t finagle his way onto. (If you’re confused by Vinoo’s batting stats here after the one we mentioned further up the page, it’s because he didn’t always play as opener.)

Imran is the prime pick here though. He can be captain too, because he’s shown he’s most definitely not averse to taking on leadership roles later in life.

First things first: Kumar Sangakkara did not keep wicket in a Test match after the age of 35, so don’t bother getting all ‘what about Kumar Sangakkara as keeper?’ about this. The greatest trick Kumar Sangakkara ever pulled was convincing the world all his amazing batting happened while he was still a wicketkeeper.

Only three players have made more than a thousand runs while keeping wicket after their 35th birthdays.

With 171 dismissals to Stewart’s 152, Bob Taylor arguably has the edge with the gloves. But then he only made 1,152 runs at 16.45 and that is quite a difference to Stewart’s run-scoring as keeper.

Brad Haddin, meanwhile, made 1,009 runs at 28.02. However, he is Brad Haddin and would therefore be ineligible for consideration even if his record weren’t worse than Stewart’s. Which it is. Get lost Brad Haddin. Get out of this article. You don’t belong here.

Just to put that effort in context, here are some players who made fewer than 2,914 runs when playing as wicketkeeper across their entire Test careers: Dinesh Ramdin, Brendon McCullum, Moin Khan, Ridley Jacobs, Jack Russell, Ian Smith.

(Bonus factoid resulting from us forgetting to untick a box while researching this piece: Rodney Marsh and Bob Taylor are the only two designated wicketkeepers to have had a bowl after their 35th birthdays. Both bowled two overs; neither took a wicket. If you had to choose, Marsh has the better economy rate. He took 0-3 against Pakistan in 1983. The match was drawn. Trailblazer Taylor took 0-6 against India a year earlier in a match that was also drawn. England used 10 bowlers in India’s second innings. The only man who didn’t bowl was Paul Allott. We’re not exactly sure why. He bowled 31 overs in the first innings and batted, so it seems reasonable to assume that he was suffering from the wild shits. If you can find the correct Wisden, that’s definitely what it’ll say.)

Originally, we had Imran Khan down as our number eight, which left us with a fiendish and controversial choice between Misbah ul Haq (4,509 runs at 47.46, eight hundreds) or Sachin Tendulkar (4,139 runs at 49.86, (12 hundreds) for the sixth batting slot (with 14 hundreds, Younus Khan had a shot too). Then we realised that Imran’s batting was good enough to bat at six.

This meant that not only did we neatly sidestep the Misbah-or-Sachin landmine of a question, we also didn’t have to devote any paragraphs to an explanation of how Imran had edged out bowlers with better records.

With 104 wickets at 20.50, Jimmy Anderson was unlucky to miss out, but his 79 runs at 5.64 doesn’t measure up too well against Hadlee’s returns as a number eight.

However, really both have to bow down to homicidal capybara, Rangana Herath, who basically played an entire massive great big Test career starting from the exact point at which everyone thought he would have retired.

Herath took more wickets after the age of 35 than Darren Gough, Steve Harmison and Vernon Philander took in their whole careers.

Look at those figures. No need to overthink it.

There weren’t really any signs he was slowing down either. He took 49 wickets at 10.93 in his forties. In… four Test matches.

For understandable reasons, the fast bowling slots were the least contested.

Courtney is still the top seamer. By a fair way. If we exclude Barnes from the list because it’s not really accurate to call him a seamer, Hadlee is Walsh’s closest rival wickets-wise.

We also feel obliged to mention that Walsh made 167 runs at 4.28 after he was 35, so he actually managed to deteriorate as a batsman, which is very impressive considering how little room for manoeuvre he had in that regard.