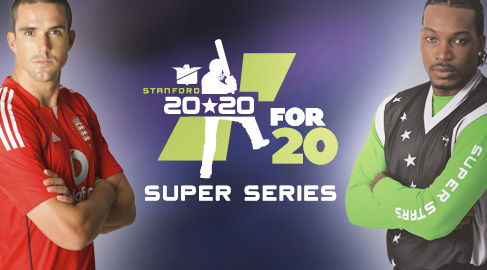 We ordinarily support England, so we suppose that we’re supposed to follow them here as well. But why?

Are we meant to care more because there’s $20million at stake? Why should we give a toss about that? It’s not like we’ll see any of the money. The only people for whom the money makes any kind of difference are the players.

That money might draw in non-cricket fans too, but they won’t be interested in the game. They’ll be interested on a purely voyeuristic level; not caring who wins, just how that win comes about. This match isn’t for cricket supporters. There’s no supporting going on here.