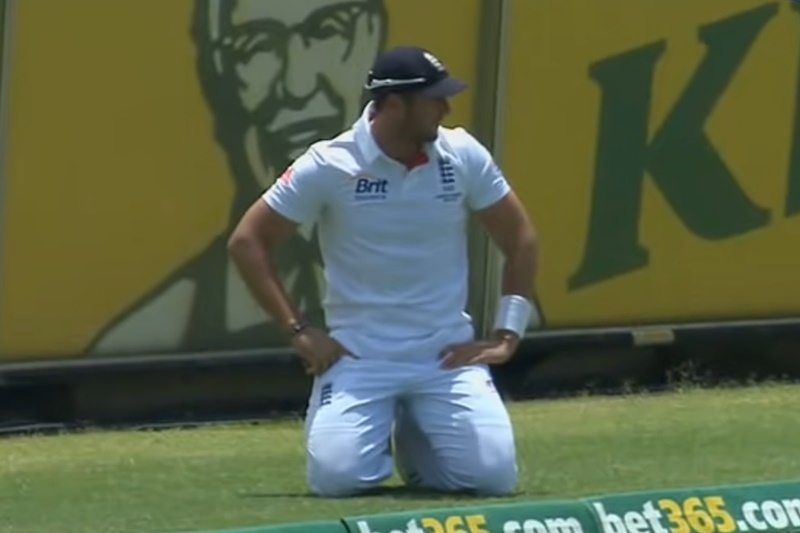 With all due respect to the England v Sri Lanka one-day international series (almost none) and the West Indies v South Africa T20 series (a reasonable amount), surely the most exciting men’s series taking place right now is the one where the scoreline is 2-1 heading into the fourth Test.

We are talking, of course, about the 2013/14 Ridiculous Ashes where Tim Bresnan and Ian Bell last week served up one of the all-time greatest run-outs to earn victory for England in Perth.

In a series that featured Stuart Broad, Shane Watson and Mitchell Johnson, we’ve been greatly enjoying the contributions of less obviously ridiculous characters like Bresnan and also Mike Carberry, who we’re starting to see as very much The People’s Champion of the series.

The latest episode, about the Boxing Day Test at Melbourne, features the Greg Ritchie Threshold, the audible despair of Michael Vaughan and (although he is not explicitly named) a short anecdote about Prince Prefab attempting the moonwalk.

You can find it and all the previous episodes in this series here, along with links to places where you can subscribe in the event that that’s a thing you want to do.