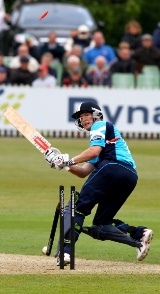 Greetings, King Cricket readers. I would like to share some facts with you. Everyone loves a good fact. Here they come.