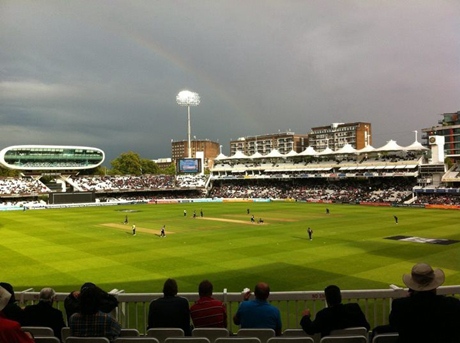 Saturday morning, late September
Cut price tickets through a friend who is a member
South West Trains and then the Bakerloo
Tesco express for a beer or two

First to the Tavern, then to the Warner
Down to the toilets with a window in the corner
Through which you can look and what sights you can see
While you’re standing with the other members doing a wee

Forgot the suncream, didn’t bring a hat
The Somerset fans love to have a chat
Shut up will you please, the teams are on their way
It’s the last game of the season – Lord’s cup final day.

Opening with a spinner? What a novel thought
Davies gets a stumping and Kieswetter is caught
Crack open the sea salt crisps, this might not last for long
I thought it would be closer, looks like I might be wrong

But wait, look, here’s Jos Buttler – what a funny name
He might be only 21 but he plays a cracking game
He scoops it over fine leg, he cracks another four
What a super innings, you couldn’t ask for more.

We started up a sweepstake on how many they’d get
I’m not a gambling man but I thought I’d have a bet
Turns out my guess was closest, which made me warm inside
And I treated all the losers to a pint of London Pride 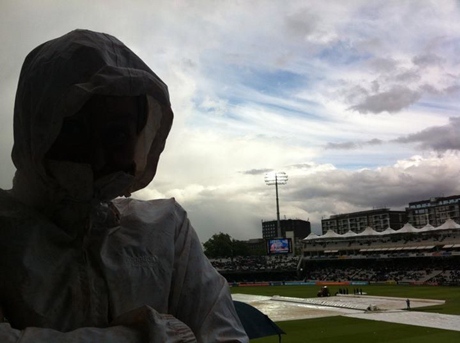 Sandwiches at half-time, couldn’t find a bin
Over on the Nursery Ground you could meet Steven Finn
But here they come again and now it’s going to rain
How a bit of water can cause us so much pain

We did a little circuit to keep from getting bored
And soon found out that one of us was taller than Stuart Broad
Then Duckworth and Lewis came along – are they even real?
By this stage we’d all had a few and didn’t know how to feel 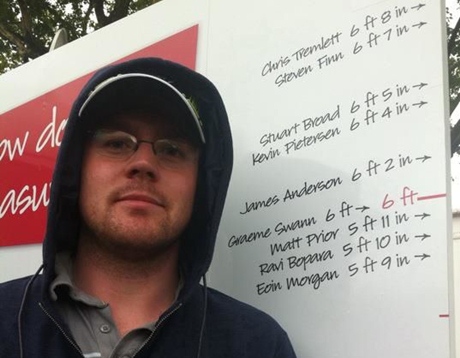 So in the end it finished with a strangely muted tone
Surrey seemed quite happy and we headed quickly home
Soggy and out of pocket, but at least we could say
That was the last game of the season – Lord’s cup final day.