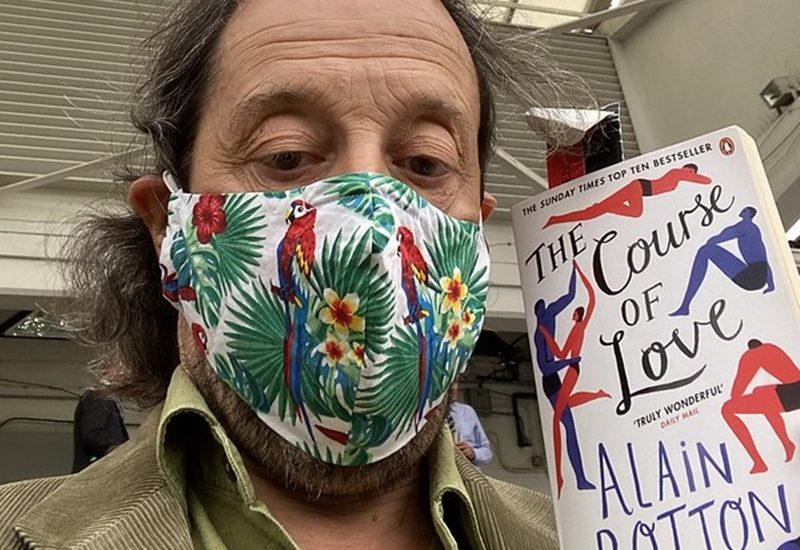 Here at King Cricket, we have a strong history of EXPERIMENTS. Here, a mere 15 years after the last one, is another EXPERIMENT.

I’ve rarely tried reading novels at cricket – I tend to go for shorter material such as plays, poems or articles. But I have been meaning to read The Course Of Love by Alain de Botton for years and decided to give it a go at the Hundred.

I spent six hours at Lord’s, primarily in the Upper Tavern Stand, while the double-header between London Spirit and Northern Superchargers unfolded.

Not even the bangin’ beats provided by Jess Iszatt, nor the live performances on and off the field prevented me from devouring 138 pages of the novel during the six hours I spent at Lord’s.

Ten days later, I was able to conclude the experiment due to the last-minute, temporary indisposition of Charley the Gent Malloy, which meant I was guestless for day two of the England v India Test match.

I spent eight hours at Lord’s on day two, primarily in the Lower Tavern Stand, trying to conclude reading The Course Of Love…

…but I only managed to read 70 pages of the novel that day.

I concluded the novel (c12 remaining pages) on day five of the Test, during which I also read most of the poems in Muted Serenades by Frank Dillon.

For reading novels at cricket, I recommend the Hundred double-header ahead of a day at the Test match. But I would recommend Muted Serenades for reading at cricket ahead of The Course Of Love.