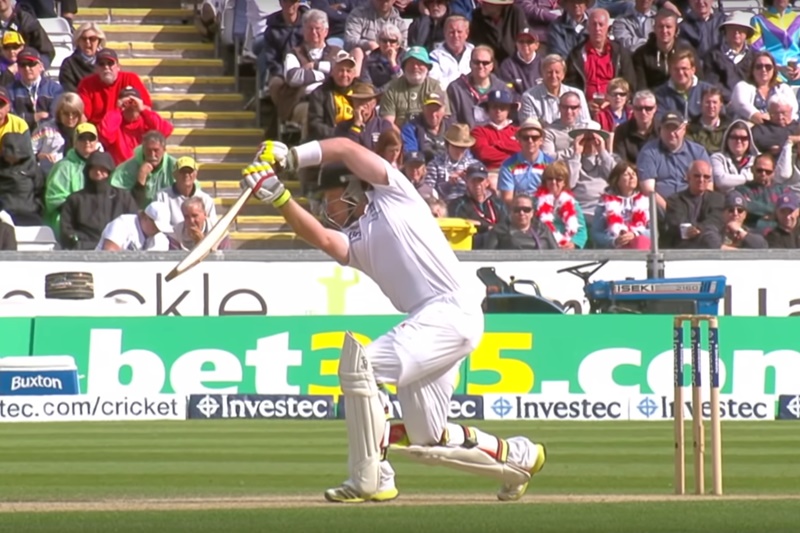 As Ian Bell retires from first-class cricket, let’s talk about a player whose Test record was plenty good enough but whose technique honestly left us kind of cold.

Ian Bell was player of the series in a 3-0 Ashes win. Can we just state that first before we get into anything else? It seems like for most players that would be a pretty significant thing, but with Bell what should really be a career-defining fact for some reason gets rather lost.

The two main themes of Bell retirement reportage have been (1) pretty good, but could have been even better and (2) ooh, that cover drive.

The first of those was his eternal curse; the notion that no matter how well he played, there was somehow another level he could attain. People largely thought this because of the second part.

As we’ve written before, “class” is for the most part a nebulous, meaningless thing that invisibly bolsters some batsmen’s first-class averages in the eyes of selectors and fans. It is not generally directly related to whether or not a player is actually any good at batting or not.

The story of Ian Bell’s career is of someone battling to overcome a widespread tendency to measure him against cruelly lofty expectations.

It’s largely forgotten now, but this shortfall between what he was actually doing and what people for some reason thought he could do led many people to actively hate him.

26 years old, averaging 40 in Test cricket, and a lot of England fans loathed him.

Others adored him – quite often because his batting was smoother than Tetley’s Smoothflow.

Much like Tetley’s Smoothlow, we always found him a bit nondescript. We don’t really see what’s of interest in ‘textbook’ batting. It’s the weird batsmen who’ve come up with their own method who tend to catch our eye.

For quite a long time this website was unique in being entirely non-committal about Bell. We even ran a campaign, the theme of which was to have no firm opinion about him one way or the other.

We invited people to try and feel more numb. “Imagine you’re arriving at work on a Tuesday morning and looking into the faces of your colleagues,” we suggested.

AP Webster even did us some propaganda.

In 2010, Bell defended England to an unlikely draw against South Africa and we called him “an actual hero” before somewhat bizarrely likening him to a wooden spoon.

In 2011, he played far, far too well and found himself named Lord Megachief of Gold.

Then things went REALLY tits up in 2013 when he sherminated Australia with England winning all three Tests in which he scored a hundred.

A case in point: in his final summer of Test cricket, with no fewer than 199 Test innings to his name, people were still suggesting that a move up the order might be the making of him.